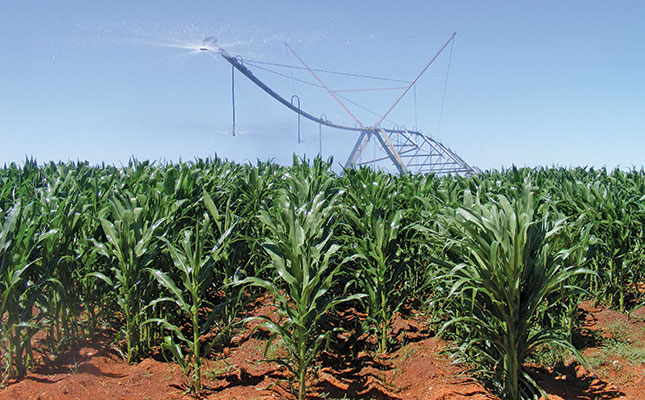 The agriculture sector will be one of the best performers in the South African economy in a year full of turbulence.

This year will be dominated by events such as the COVID-19 pandemic; the arrival of much-needed vaccines following a few blunders in obtaining it for the country; the very weak economy; and acute unemployment.

The list of issues further includes the national debate on corruption, highlighted by the proceedings of the Zondo Commission; the now usual role of former president Jacob Zuma in undermining the rule of law; and the issue of crime in general.

Underlying all these issues are, of course, the subtext of a national local government election in the second part of 2021 and the ANC’s elective national conference scheduled for December 2022.

Although 2022 seems a long way into the future, political factions and their strategies are already taking shape in the ruling party and may become more intense when the Zondo report and findings are finally released in June or July 2021, as well as the decision on when local government election will take place.

It was clear that the State of the Nation Address (SONA) was intended to be a motivational speech for a country experiencing a great deal of problems, and in that context, the SONA was upbeat about the role of agriculture.

The master plans for poultry and sugar received attention as well as the role of these industries. In the case of the sugar industry, the support for small-scale farmers was specifically mentioned.

The SONA also mentioned the incredible performance of certain sectors, such as citrus, and the strong performance of exports in wine, maize, nuts, deciduous fruit, and sugar cane were mentioned by name.

According to him, this provided an opportunity for further public-private partnerships in agriculture to promote transformation and ensure sustainable growth. He made an important point that agricultural growth on the one hand and land reform on the other needed to progress side by side.

In this regard, it was mentioned that government had redistributed over five million hectares of land, totaling around 5 500 farms, to more than 300 000 beneficiaries. The issue of the lack of safety in rural areas received very little attention, as well as the ever-present issue of corruption in the land reform process.

The possible amendment to the Constitution to ease expropriation, as well as the finalisation of the Expropriation Bill, is still a major concern in the agriculture sector.

To facilitate land reform and expanded participation in agriculture, Ramaphosa also announced that a Land and Agrarian Reform Agency will be established to fast-track land reform.

The announcement of the African Continental Free Trade Area (AfCFTA), which came into effect on 1 January 2021, following the adoption of the Johannesburg Declaration by the African Union, will also open new markets to agriculture in Africa.

The national Budget Speech was delivered by Finance Minister Tito Mboweni in a hybrid parliamentary session. Despite a contraction of the economy of 7,2% in 2020 and being downgraded to ‘junk’ status, Mboweni expected a 3,3% growth in the economy for 2021, averaging out to approximately 1,9% growth in 2022 and 2023.

At least two important announcements were made in the budget: the 2021/2022 budget will allow for a R7 billion bailout for the Land Bank, which will not only assist the Land Bank to restructure itself, but will also bring some relief to the agricultural industries and financial institutions that were severely impacted by the Land Bank fiscal crisis; and, government aims to set aside R9,3 billion over the next three years to finalise 1 409 restitution claims.

The purpose of this is to achieve redress and equitable access to land. Apart from this amount, a further R897 million will be made available by the Department of Agriculture, Land Reform and Rural Development in so-called post-settlement costs. It is well-known that the current land reform process is setting up emerging farmers to fail, and this post-settlement amount may just solve some of these problems.

The first two months of 2021 seems to be a mixed blessing for the farming sector. ‘Rains are making grains’, as the saying goes, but floods are also destroying crops in some regions. Government has taken note of the contribution of agriculture, but still demonstrates a kind of blind spot to the issue of rural safety and endemic corrupt activities in land expropriation and reform.

Despite the above-mentioned issues, agriculture still provides huge opportunity and potential for risk-takers. And for those that can combine the risk potential with a contribution to rural and land reform as an integrated paradigm, the potential is unlimited.

NGO calls for government’s support for women in agriculture