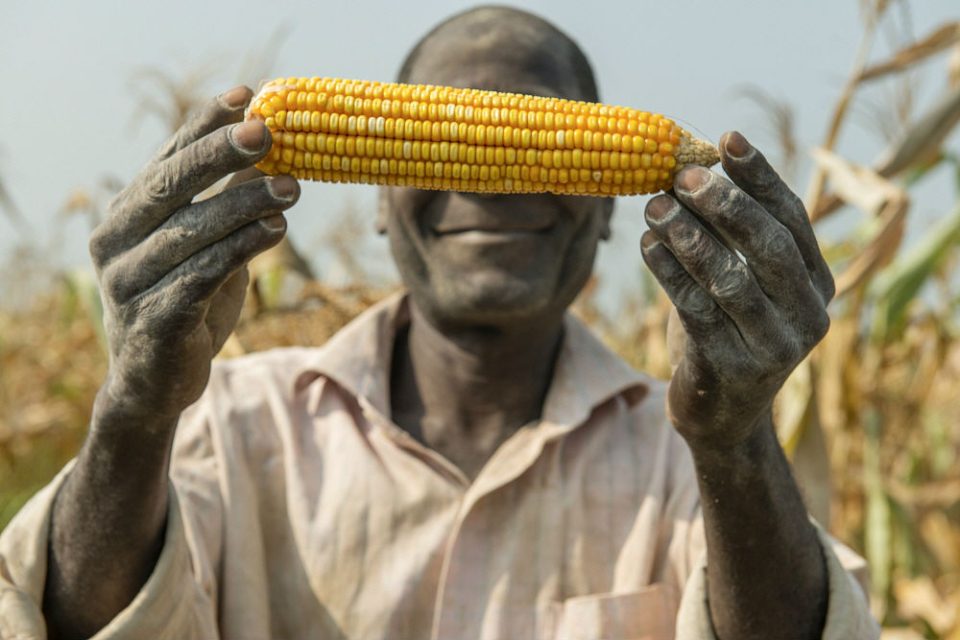 Agriculture has the potential to help Africa overcome its raging hunger crisis, if long-term investments are made in the continent that has “huge farming potential”.

As an industry with the scope to alleviate poverty 2.5 times more effectively than any other sector, agricultural-related investment could lift “millions out of poverty, by making small-scale farms more productive and profitable”, according to recent estimates from Self Help Africa.

Approximately 300 million people rely on 33 million smallholder farms on the continent, many of which in the east are failing due to a drought, the worst drought in over 40 years, which has killed 1.4 million livestock so far this year.

23 million people are currently experiencing extreme hunger in Ethiopia, Kenya and Somalia, and the United Nations have warned that about 750,000 people across five east African states are at immediate risk of death due to starvation. However, agriculture may hold the key to alleviating this humanitarian crisis.

Agriculture as a solution

Due to the existence of a labour-engaged workforce, production in Africa could be scaled up relatively significantly if the right inputs and supports were made available.

The use of products such as improved and adapted seeds that are heat and drought tolerant can improve yields massively. Self Help Africa has identified these as a key step for ensuring that small farmers can produce enough food in the changing climate.

Speaking to Agriland, Ronan Scully who works with the international organisation said:

“Between 1980 and 2010, the use of improved crop varieties in sub-Saharan Africa is estimated to have increased productivity by an average of 47%, and is known to have played a significant role in reducing poverty in several countries.”

A recent McKinsey report estimated that investment in food production systems would result in a two to threefold increase in the volume of cereals and grains produced on the continent.

This would bring greater export potential and promote the development of agri-processing and value-adding businesses on the continent. Currently, a large proportion of Africa’s agricultural output is shipped overseas in its raw form.

While investment into infrastructure, land management and climate smart technologies is vital, education will also play a key role in helping the African people to optimise their agri-food system.

According to Self Help Africa, reaping the benefits of growing alternative and climate-resistant crops relies on farmers having the knowledge of how to manage them. Scully said:

“It is important to recognise that subsistence farmers are taking a huge risk in growing new crops that they’re unfamiliar with. They stand to lose a great deal.

“Self Help Africa promotes alternate crop varieties to provide a secure food source for people, and to provide households with a means to generate a living from sale of the produce. To achieve this, training and education is hugely important.”

The organisation is currently supporting the adoption of climate-smart farming techniques, such as inter-cropping cereals and cover crops, to protect the soil from direct sunlight.

It also encourages the use of devices like manual jab planters, that allow the moisture in the soil to be retained in a way that is not possible when the entire field is ploughed.

Self Help Africa also operates the AgriFI Kenya Challenge Fund and Enterprise Zambia Challenge Fund which are backed by the EU to support agri-business development and processing opportunities in the countries.

These initiatives aim to create more profitable markets for Zambian and Kenyan farmers as well as create jobs for more than 20,000 people.