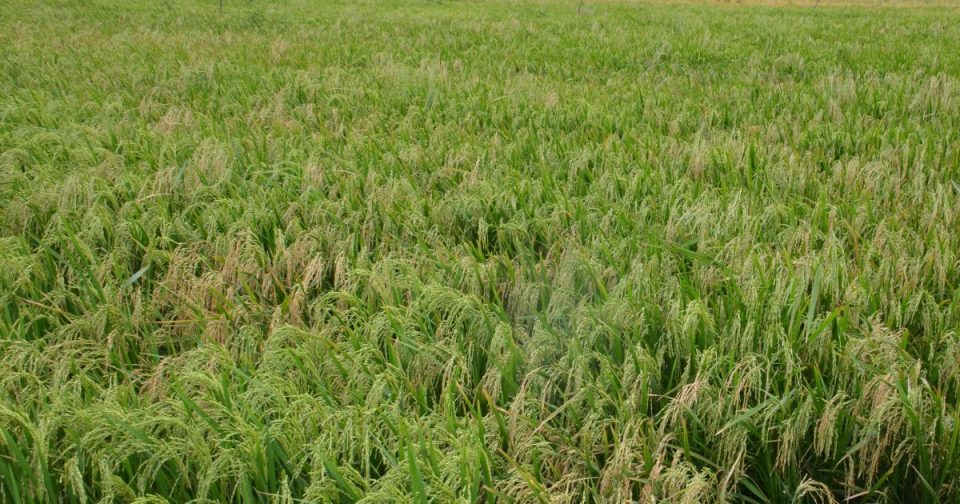 Farmers at the Tana Irrigation Scheme are embracing rice and sunflower farming, raking thousands of shillings from the crops.

Tana Irrigation Scheme manager James Kirimi said 1800 acres in the scheme are under rice. “We had not met our target by mid-June but we are looking to accomplish it before the start of the main season in August,” he said.

Komboka variety developed by the Kenya Agricultural and Livestock Research Organization (KALRO) is semi-aromatic and has long slender grains and a soft cooking texture. The plant height is 110 – 115 cm and matures in three and a half to four months (110 – 120 days).

Kirimi said in his office in Hola that the climatic condition in Hola has been very conducive for rice production. “We have no reason to slow down the momentum we are building up on it,” he added.

“The scheme is currently very active producing rice – Kwamboka variety, farmers have embraced rice farming in a big way and now it has attracted more farmers from within and outside the county,’’ said the scheme manager.

The manager also attributed the success to the readily available market; currently, the price has just moved from Sh 60 to Sh 63.

He said: “We are seeing an upward trend because now the farmers are not struggling with the market like it used to be with non-contracted crops. They are really happy with the markets and the prices they are getting. Every producer can recoup the cost of production and get a very good profit.”

In line with the government’s efforts to cushion Kenyans against the rising cost of living the scheme has partnered with a Non-Governmental Organization to grow sunflowers for the production of edible oils.

“We have also embraced other crops like sunflowers, we are partnering with an NGO called World Concern. It’s a contracted crop for the production of oil and it can also be utilized to produce livestock supplements,’’ stated James Kirimi.

He further said the main focus of the scheme is to ensure the achievement of the big four agenda of increasing food and nutrition security. “We believe with other partners and other stakeholders we can achieve this,” he said.

To stabilize the soaring prices of maize flour in the country which has been exacerbated by prolonged drought and other factors, 1200 acres of land in the scheme is under maize with efforts to increase the acreage in the August planting season.

“We have not abandoned the usual crop of maize; we are partnering with several farmers’ groups. We have already observed that the drought situation is picking up, they will need to increase the production of maize as our staple food,’’ explained the scheme manager.

‘Agriculture can be a solution’ for east Africa’s hunger crisis

AGRF 2022 Summit To Be Held In Rwanda