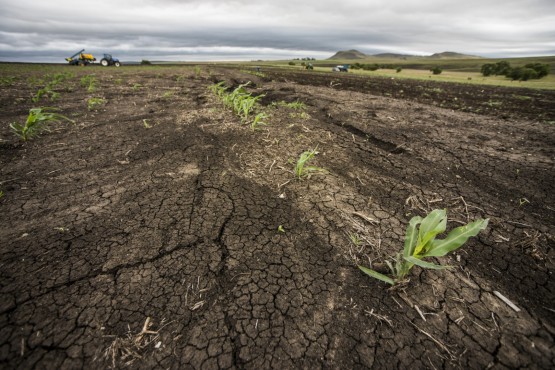 They studied the impact of the worst El Nino weather event on record – in 2015-16 – on intact rainforests in six African nations: Democratic Republic of the Congo, Gabon, Cameroon, Ghana, Liberia and Congo Republic.

El Nino is a warming of ocean surface temperatures in the Pacific that occurs every few years. It affects wind patterns and can trigger both floods and drought across the world.

The new study found that trees in the African forests continued to remove carbon dioxide from the atmosphere, despite experiencing drought and a warming of 0.92 degrees Celsius above the 1980-2010 average temperature.

“We saw no sharp slowdown of tree growth, nor a big rise in tree deaths, as a result of the extreme climatic conditions,” said Amy Bennett, lead author of the study and a professor at Britain’s University of Leeds, in a statement.

“Overall, the uptake of carbon dioxide by these intact rainforests reduced by 36%, but they continued to function as a carbon sink, slowing the rate of climate change.”

According to the research, the forests across Africa still removed 1.1 billion tonnes of carbon dioxide annually during the 2015/16 El Nino period – equivalent to three times Britain’s CO2 emissions in 2019.

Researchers said their findings were surprising because similar conditions in rainforests in the Amazon and Southeast Asia had led to a temporary halting or reversal of carbon dioxide absorption.

“This is the first on-the-ground evidence of what happens when you heat and drought an intact African rainforest,” said Simon Lewis, the study’s senior author and also a professor at the University of Leeds.

“What we found surprised me. African rainforests appear more resistant to some additional warming and drought compared to rainforests in Amazonia and Borneo.”

It was difficult to determine the temperature that the forests would completely stop absorbing CO2, said researchers, but a previous study showed they started to lose carbon at around 32.2C (90 degrees Fahrenheit).

The study’s findings highlight the important role that African rainforests play in combating climate change, but also the need to ensure they are protected, said the reports’ authors.

“The resistance of intact African tropical forests to a bit more heat and drought than they have experienced in the past is welcome news,” said co-author Bonaventure Sonke, who is a professor at University of Yaounde I in Cameroon.

“But we still need to cut carbon dioxide emissions fast, as our forests will probably only resist limited further rises in air temperature.” (Reporting by Nita Bhalla @nitabhalla; Editing by Helen Popper. Please credit the Thomson Reuters Foundation, the charitable arm of Thomson Reuters, that covers the lives of people around the world who struggle to live freely or fairly. Visit http://news.trust.org)

Key into agriculture to be successful, ADP tells young Nigerians