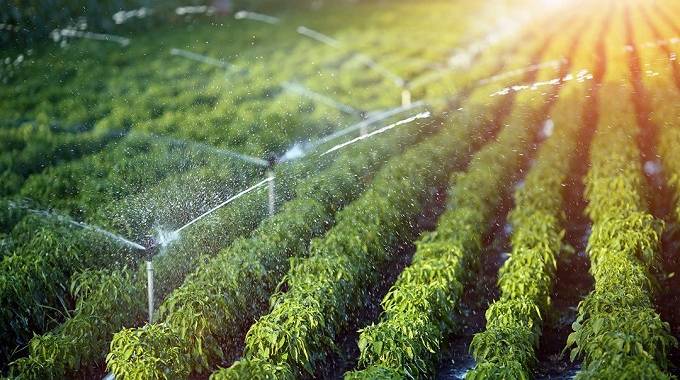 THE government of Malawi says it is inspired by Zimbabwe’s irrigation agriculture tranformation model and shares the view that regional food security could be achieved through adopting climate change responsive farming approaches.

Guided by the National Development Strategy (NDS1) blueprint and the need to climate-proof the agriculture sector, Zimbabwe has mainstreamed irrigation capacity development as a long-term plan to achieving sustainable food security.

This has seen Government pumping in more resources through the National Budget towards dam construction and facilitating revitalisation of dormant irrigation schemes, while working closely with the private sector.

Speaking during an Irrigation Development Conference organised on the sidelines of the just-ended Zimbabwe Malawi Solo Trade Exhibition in Lilongwe on Tuesday, Malawi’s Minister of Agriculture, Mr Lobin Lowe, said his country was ready to collaborate with

Zimbabwe and its companies to enhance food security in both states.

Stating that the next African billionaires must ride on agriculture opportunities, Minister Lowe said the economic transformation of

Zimbabwe and his country was critical for the development of the entire region.

Malawi is driving at increasing its agricultural output and irrigation development is seen as one of the major interventions, he said.

“Malawi and Zimbabwe are both pushing irrigation transformation programmes and should share notes. When you talk of irrigation, Zimbabwe is far advanced than us and we should learn from Zimbabwe.

“Irrigation is the way to go if we are to solve food insecurity in the region.”

The minister told delegates, who included Zimbabwean company representatives, who included suppliers of key farming inputs, equipment and agro-processing, ZimTrade and the country’s Ambassador to Malawi, Dr Nancy Saungweme, that when he last visited Zimbabwe, he was impressed by the irrigation development capacity, and particularly emphasised how the private sector is involved in irrigation farming.

“Private sector role is critical in irrigation development, not a situation where most irrigation schemes are being run by the government.

“As a country, Malawi can feed the world and we can do that through irrigation and shift from rain-fed farming,” said the minister.

He also commended Maka Resources, a Zimbabwean company that specialises in manufacturing of centre pivots among other irrigation infrastructure accessories and services, for doing a good job. The company was among the exhibitors and jointly organised the irrigation conference to showcase its products.

Minister Lowe also said his visit to Zimbabwe revealed that irrigation equipment was better prized in Zimbabwe than it is in Malawi.

He challenged Malawian businesses and farmers to be aggressive in farming like their Zimbabwean counterparts and emphasised the need to adopt cost effective means of boosting output.

In her remarks, Amb Saungweme said a robust irrigation development base in both countries would contribute more to industrial transformation as agriculture production will require inputs and equipment supplies. She said there were also ample opportunities in agro-processing and manufacturing of related products, which will go a long way in “creating the much needed jobs for our people”.

“Zimbabwe is 10 years ahead of us on irrigation and we are keen to learn from them.”

He added that the culture of relying on food donations was not sustainable as he called for adoption of market driven funding solutions that will steer irrigation development.

During the exhibition, Malawian agriculture related organisations expressed interest in partnering with their Zimbabwean counterparts to unlock more potential. The gathering also stressed the need to adopt alternative energy sources like solar, stating that unsustainable electricity tariffs have tended to strain most irrigation projects.