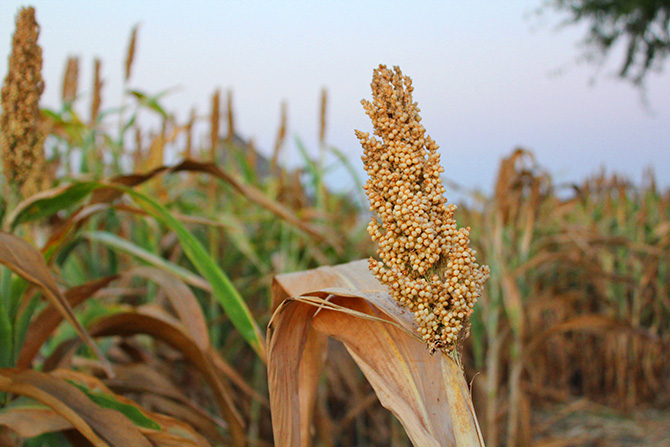 Senegel’s President Macky Sall has urged his compatriots to redefine their relationship with agriculture and invest in agribusiness to enable the country achieve food self-sufficiency.By Abdourahmane Diallo

The Senegalese head of state’s message was unequivocal: “To develop the agricultural sector, we must break with old practices, no longer consider agriculture as a default activity, and turn our efforts towards agribusiness, the only way to achieve food self-sufficiency and export our local products”.

President Sall was speaking at a ceremony to hand over 200 tractors and motorized units to producers from Senegal’s 14 regions.

“This support to our producers is part of the continuation of the program of modernization and mechanization of our agricultural sector marked in particular in 2018 by the delivery of one thousand tractors, one hundred percent subsidized worth 32 billion CFA francs, as well as 32 harvesters to women producers of the Valley and Anambe,” the president said.

According to him, other larger schemes will follow to make agriculture a real engine of economic growth.

“That is why, since last year, I have increased the budget of the Ministry of Agriculture from 40 to 60 billion CFA francs,” he said, adding that “this has enabled us to achieve record production.”

However said “we can do better ..and for that, we need to put an end to our dependence on the vagaries of rainfall by controlling water through various irrigation systems”.

In the same vein, he called for an extension of agricultural areas, particularly in the Senegal River valley (north) and the Anambe Basin (south).

Macky Sall also urged an improvement in value chains, including logistics for the conservation and local processing of products.

Moreover, “an envelope of two billion CFA francs has been granted to the Ministry of Commerce for the construction of shops to help producers to preserve their products during the Council of Ministers on Wednesday,” he said.

He also emphasized the need to facilitate producers’ access to markets, including supermarkets, in order to develop the culture of local consumption, “a guarantee of the sector’s viability.”

Addressing the beneficiaries of the machines, President Sall invited them, together with the local administrative authorities, to better monitor and maintain the equipment.