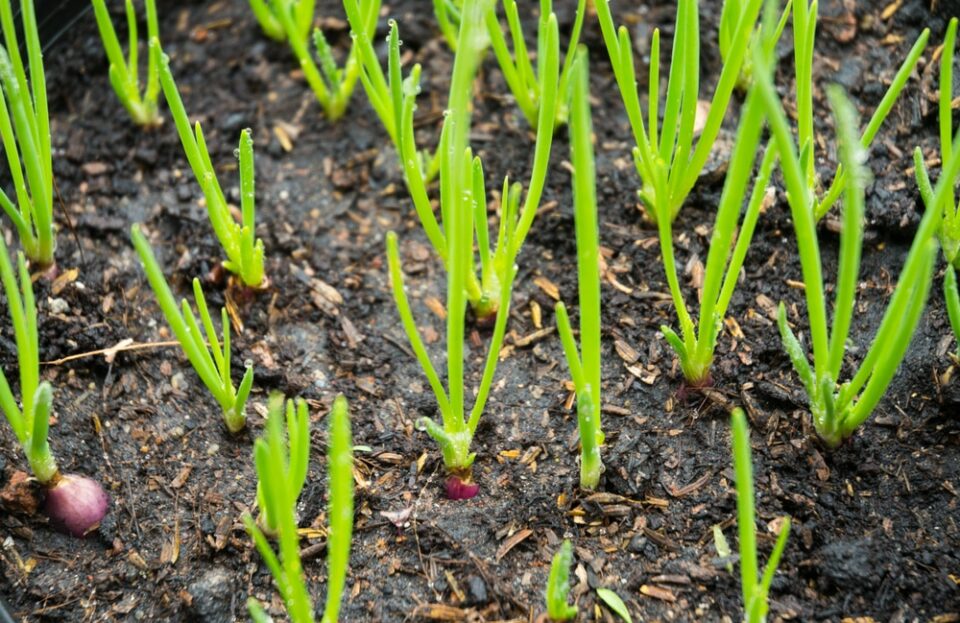 It has emerged that the Anloga District in the Volta region was noted as being one of the highest producers of shallot and tomatoes in the country, due to the favourable climatic condition of the area for agricultural activities.

About 67.7 per cent of the greater part of the agricultural households in the District are engaged in crop farming such as cassava, maize, sugar cane, and rice while 51.1 per cent engages in livestock rearing, with the rest taking delight around tree planting and fish farming.

The revelation, according to many, called for the construction of factories, which would give the industry a boost towards agricultural commercialisation, since some opportunities exist for the processing of the products into finished and semi-finished products.

This came to light during the District’s exhibition of some activities and general highlights of the area at the ongoing fifth Volta Trade and Investment Fair in Ho.

Mr Wisdom Attigah, the Anloga District Planning Officer, who made the disclosure on behalf of the District Chief Executive (DCE) for the area, stated, the District was mainly an agrarian economy, with the majority of the population engaged as skilled agricultural, forestry, and fishery workers.

He said the District was also endowed with numerous water bodies, with a high potential for fisheries development.

The main festival of the people is Hogbetsotso, which symbolises the great exodus of Ewes from their ancestral home, Notsie in the republic of Togo, to their present abode around the fifteenth century.

“The high waves are ideal for surf riding and wind surfing. The windy atmosphere also promotes the setting up of recreational facilities along the beach for tourists.”

He revealed further that other sea creatures such as sea turtles, dolphins and in some cases sea cows, could be found in the waters.

The District was carved out of the Keta Municipality and was established by a Legislative Instrument (LI) 2372 of 2018, which was inaugurated on February 19, 2019.

It is one of the 18 Administrative Districts of the Volta region, with beautiful hotels and guesthouses.

Mr Alexander Nketia, Regional Director of the Ghana Tourism Authority who chaired the session at the Ho sports stadium, commended the leadership of the area for the education.

Issues of the devastating tidal waves and others in the area, were raised by participants for briefing.

The disaster, according to many, had brought hardship to the people in the area.

The 14 days business and tourism encounter, which registered some members from the Diplomatic corps and other international and national traders, was centred on the theme “Creating Enabling Environment for Agri-Business, Tourism and ICT Companies.”

Several activities characterised the highly publicised event, which would be climaxed on Sunday, November 28.

Tanzania draws up plans for avocados after SA milestone