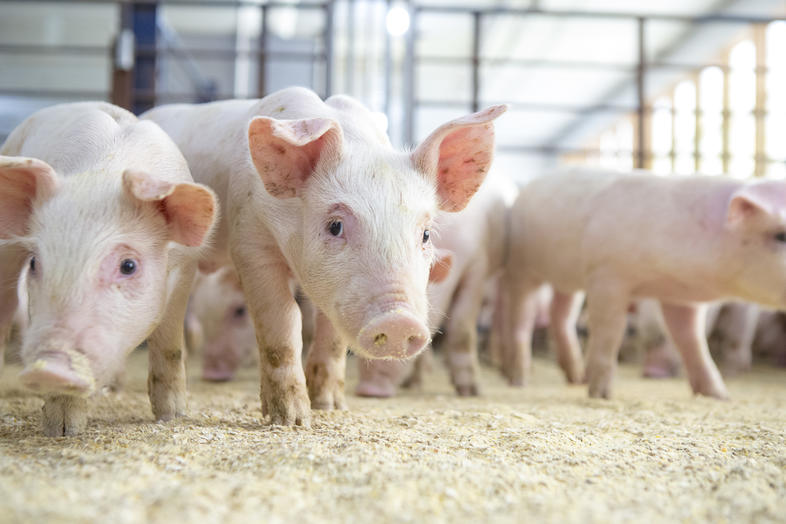 South Africa’s swine sector has not been spared from the protest action, looting, and vandalism that recently took place in KwaZulu-Natal and Gauteng provinces. Pig farms, slaughterhouses and animal feed mills alike were targeted.

The unrest in parts of the country, particularly across KwaZulu-Natal, followed the imprisonment of former president Jacob Zuma for contempt of court on 7 July and sparked the looting and destruction of public infrastructure and private businesses. “The looting of shops, stoning of cars, blocking of roads, burning of trucks and crops as well as theft of livestock are posing a serious threat to food security,” said Christo van der Rheede, executive director of Agri SA, the country’s biggest federation of agricultural organisations in South Africa.

“It has severely affected the pig industry in the province due to road closures, abattoirs that are all closed, and feed that could not be delivered,” said Dr Edgar Ortmann from the Howick Veterinary Clinic, adding that semen deliveries as well as the transport of necessary medical supplies were also disrupted.

There is a huge backlog in South Africa’s pig sector, and farmers have had to cut their losses.

Overcrowding another knock after FMD

With 15.7% of South Africa’s sow herd in KwaZulu-Natal, the CEO of the South African Pork Producers Organisation (SAPPO), Johann Kotzé, said the industry had lost 7% of its capacity due to looting and abattoirs temporarily closing in the province. The industry had also lost 6,000 tonnes of imported pork ribs due to theft at cold storage facilities in Durban.

“Abattoirs have not been able to move carcasses out of their chillers and cold rooms and were therefore unable to accept pigs for slaughter,” he said, noting that numerous piggeries became severely overcrowded. “Staff have also in many instances not reported for work. This has come on top of the severe restrictions on the movement of animals in the northern parts of the province due to the Foot-and-Mouth Disease (FMD) outbreak there. After much appreciated inspection of biosecurity measures on farms by some private vets, the abattoirs have just began slaughtering for about a week when the riots hit.”

Feed shortages being a major concern

A major concern was producers being unable to receive animal feed. Kotzé added, “Pork production is like a machine that needs to be continuously fed, you cannot hold pigs back for 2 weeks, especially not if you do not have anything to feed them.”

Many feed mills in the region had been cut-off from raw materials, such as maize, sunflower and soya bean oilcake, due to the closure of one of the country’s major highways. Wheat bran was also unavailable due to the closure of wheat mills, which not only affected the feed supply chain, but also the availability of flour and bread. On top of that, petrol stations were running out of diesel.

Behavioural and physical changes in pigs

Animal nutritionist specialising in swine, and owner of Swine Nutrition Management, Willem Steyn, spoke to Pig Progress. He had been urgently reformulating diets with the raw materials that farmers still had. “It is a disaster. Pigs are sensitive and an imbalanced diet leads to both behavioural and physical changes, which impacts performance,” he said, noting that his clients alone include about 5 farms in the region, between them housing around 20,000 finisher pigs, all of which have been affected.

A huge backlog of finisher pigs

Steyn noted that more than 80% of the grain industry’s inputs such as fertiliser, fuel and equipment, enter the country via Durban with farmers primarily using imported soya beans from Argentina. “We’re running out of raw materials. Furthermore, macro mineral premixes are not being received,” he said.

One advantage, said Steyn, is that many farmers grow their own maize, and some had sunflower stock for him to use in formulating interim diets as producers had to reply on those inputs, which has kept their pigs alive. “There is a huge backlog. Farmers are having to cut their losses and workers will need to work double shifts to get back to where we need to be. It’s chaos.”