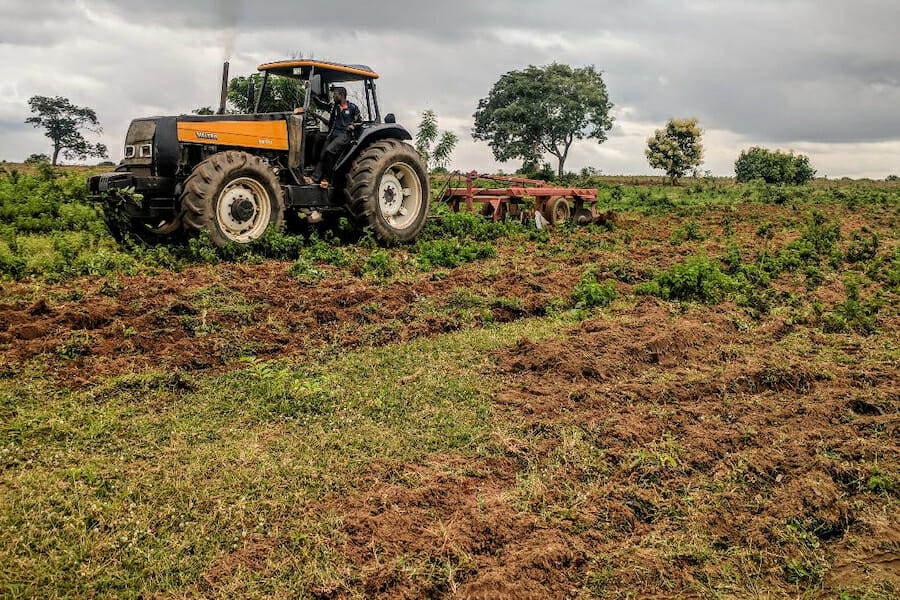 As a technology station manager, one of my responsibilities is to promote appropriate agricultural technologies in my region. Similar to many farmers throughout Africa, farmers in my region barely earn enough to own modern machinery. Instead, they rely on draft power for most of their farm operations. This form of power has its challenges, including difficulties for women to control the animals as they farm.

So, it was a welcome surprise when the Kenyan government decided to introduce walking tractors into the region. Walking tractors were poised to replace draft power, a decision that made economic sense considering the cost of the tractors was comparable to the price of buying two bulls, used on most farms. However, most farmers have opted to keep using draft power as opposed to walking tractors. So, what lessons can we draw from the experience?

The lessons need to be understood within the broader context of agricultural mechanization in Africa. Most African country’s inherited detailed plans for promoting agricultural modernization from European powers. These plans, which African states implemented into the 1980s and 1990s, were crafted with the basic objective of opening lands to modern agriculture techniques using modern farm machinery like tractors. Most of the plans would later fail due to governance challenges, and efforts to promote mechanization stalled. Drawing experiences from these previous failures, more recent efforts to promote mechanization are private sector driven, focus on service providers, and adopt a broader range of farm power and machinery, with the government coming in as an enabler. The success of these initiatives has yet to materialize.

The main stakeholders in both previous and current efforts to improve African agriculture are the government, service providers, and farmers. Little attention is given to technicians, who have a crucial role to play in promoting mechanization. Technicians are the key actors in maintaining, repairing, and tailor-making farming technologies to meet farmer’s needs. Unfortunately, technicians are underappreciated. In fact, in many cases, the role of technicians comes at the tail end of efforts to promote mechanization. They are rarely properly integrated into mechanization plans as crucial stakeholders.

The way to go about having technicians at the center of mechanization efforts is simple. As suggested, in many efforts to promote mechanization, technicians need to be trained. However, unlike previous efforts where the training of the technicians comes at the end of interventions, a proper way of incorporating technicians would be to include them at the onset of any plans to promote mechanization. They should know of the new technologies being promoted, why they are being promoted, their basic operations, and maintenance right from the onset. After receiving the training, the technicians could be certified as operators and maintainers of the specific technologies being promoted. The certification will give them credibility in the public’s eyes, besides opening up the craft as a professional career, with growth and employment prospects.

What I am recommending is not new. The FACASI project, sponsored by the Australian government and implemented across Kenya, Tanzania, Ethiopia, and Zimbabwe, took this approach. Beyond promoting two-wheel tractors, the project provided for the training of local technicians, who were expected to maintain the technologies. Similarly, back in my station, a focus on technicians has proven immensely fruitful in promoting mechanization. For every technology we promote, we train a group of technicians to operate and maintain it. In many cases, the next time we visit the technicians, we usually find them fabricating the technologies themselves and even modifying them to fit farmer requests. That is the way to go if we are to unlock the potential of agriculture in Africa.