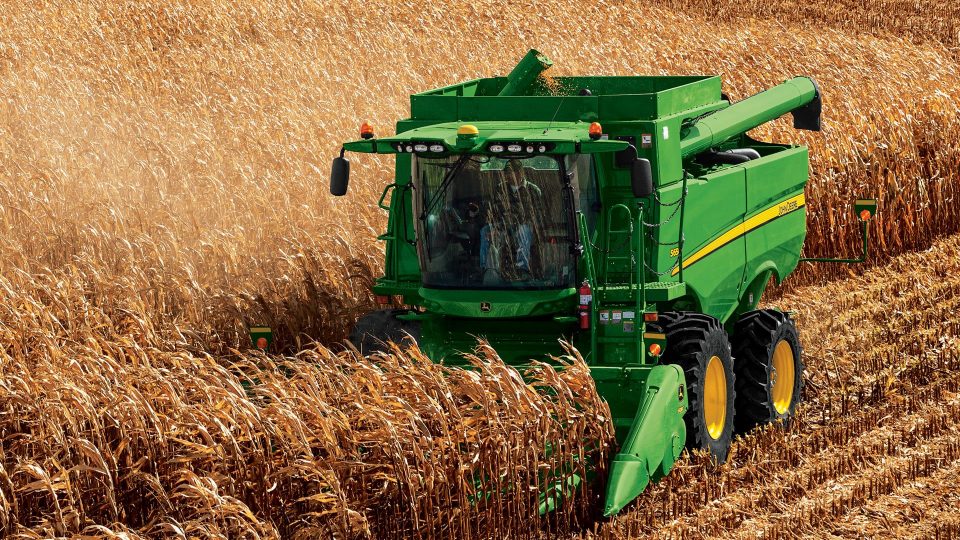 The Republic of Congo manifested its interest in importing from Romania large quantities of grains, announced on Monday the ministry of agriculture and rural development. Minister Adrian Oros met in Bucharest on Monday, at the ministry headquarters with his counterpart from the Democratic Republic of Congo, M’zinga Birihanze Desire.

Minister Adrian Oros received on Monday, 20th September 2021, at the headquarters of the ministry of agriculture and rural development M’zinga Birihanze Desire, the minister of agriculture in the Democratic Republic of Congo. The delegation also included Leopold Abibo Lomalisa, Business attaché of the Embassy of the Democratic Republic of Congo to Bucharest.

‘Minister Oros assured his counterpart of his desire to collaborate for the benefit of the farmers in both countries, focusing on the importance of traditional friendship and collaboration relations between Romania and Congo which have lasted since 1966, as well as their consolidation, according to the new trends and challenges. The main produce exported by Romania to the Democratic Republic of Congo in the past are represented by wheat and meat. In this context, there were presented produce with potential for export, as the Congolese party manifested its interest in importing from Romania large quantities of grain, but the main purpose of the visit is the identification of food produce which could be found on the Congolese market’ the ministry of agriculture says.

The Minister of agriculture in Congo makes efforts for the development of an agricultural policy addressed to all involved actors, under any form, from production to consumption, by passing through processing, ecological certification, research and trading. Equally, the Congolese party wants to make a development strategy for commercial exchanges, identification of markets and suppliers, the Romanian minister of agriculture shows.

Minister Adrian Oros said that the strategic priorities of the ministry of agriculture in Congo overlap partially the priorities of the Romanian agriculture: creation of value chains, short chains of food, water management. A collaboration in this sense, at level of exchange of good practice in agriculture would be a real use for both countries.

At the end of the discussions, the two ministers signed a protocol for collaboration in the phytosanitary domain, taking into consideration the interest manifested on the Congolese part for grain import from Romania. Following the signing of the protocol, the two countries will have exchanges of good practice and expertise, as well as cooperation and research in the domain of plant protection and phytosanitary quarantine.

Besides the minister there were also the state secretaries Aurel Simion, Marius Mihia Micu, Gheorghe Stefan, general managers in MADR, Tatiana Preda and Roxana Zarman, the general manager of the National Phytosanitary Authority, as well as other managers and experts in the institution.