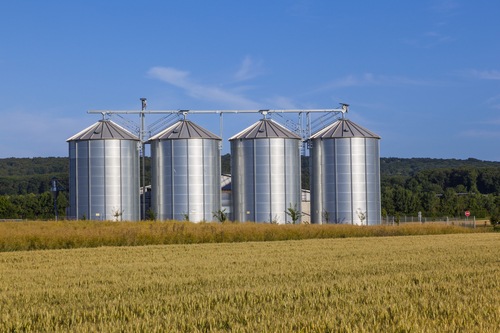 Grain farmers can breathe a sigh of relief once harvesting is done, but the job isn’t over until the crop is out of the bin and in the hands of buyers. That’s why preserving the quality and, therefore, the value of stored grain is so important.

We asked two storage experts — Ken Hellevang, extension agricultural engineer with North Dakota State University and GSI grain conditioning specialist Gary Woodruff — for tips on how farmers can keep cereal crops like wheat and barley in the best condition throughout the storage season.

1. Keep grain cool: Insect infestations and mould growth are the primary culprits when it comes to grain quality degradation. Colder temperatures allow cereal grains to generally store well on the Prairies in the winter months, but insects and mould become a much greater threat when things warm up.

Woodruff says there’s more than one way to combat insect and mould problems in the bin, but keeping it cool is one of those key tools in storing grain safely.

Hellevang says insect activity is greatest at temperatures between 70 and 90 F (21 and 32 C), so farmers should strive to keep stored grain out of that range if they can. Also, during months with higher temperatures, insects can increase from being barely noticeable to major infestations in just three to four weeks.

Hellevang says at temperatures below 70 F (21 C) insects become less active. When temperatures are less than 60 F (15.6 C) they will reproduce less and below 50 F (10 C) most of the insects will go into dormancy.

“The longer we can keep the temperature in the 50-degree range or colder, the less likely we’re going to have insect activity in our grain bins,” he says.

2. Keep grain dry: Hellevang acknowledges it’s more difficult to control temperature in the bin when the weather heats up, but says farmers can prevent mould growth by ensuring the grain is at an appropriate moisture content.

The maximum moisture content for wheat during the warmer-season months shouldn’t exceed 13 per cent and for barley 12.5 per cent, says Hellevang. However, a slightly higher moisture content is usually OK during winter, he adds.

Woodruff says cereals slated to move quickly can also be stored at a little higher moisture values. However, if it’s going to be in the bin for longer periods, the grain needs to be drier, he adds.

“When you get down to 12 per cent, cereal grains are pretty well safe for a long time. You really don’t want to store them over 13,” he says. Also, grain with higher moistures levels will encourage insect activity as well as mould growth.

An oilseed crop like canola requires an even lower moisture content, says Woodruff. “With canola, you’re going to need to be at eight per cent if you’re going to store it for any period of time at all.”

3. Look for trends: The condition of stored grain should be monitored closely to detect any storage problems early. Hellevang says this means not only measuring grain temperature and moisture content but keeping track of the readings.

“I think the recording of the information is a key aspect,” he explains. “I get calls periodically from people wondering at what point is the temperature getting high enough that it indicates we have a storage problem?”

Hellevang says it isn’t a specific temperature indicating trouble, but rather a trend that’s occurring. For instance, a substantial increase in temperature from one reading to the next will tell you something is amiss in the bin.

“Either there’s insect activity or some type of spoilage or other things taking place that is producing the heat and warming the grain,” he says. “We really want to be monitoring and looking for trends. Hopefully we can pick up on trends and take corrective action before it becomes a problem.”

Hellevang says it’s also important for farmers to inspect the grain regularly for signs of insect activity. They can do this by taking a grain sample from the top of the bin, where most insect infestations will show up, and examining it closely.

4. Look for crusting: Woodruff says another thing to look for is crusting on top of the pile, which can occur when grain has a high moisture content or is mouldy or in poor condition.

“When grain starts going bad … in that bin, it begins drawing moisture and creating heat and that’s what creates that crust,” he says. “If there is any kind of crusting on top of that grain, you’ve got a problem.”

5: Check grain frequently: Woodruff says while most storage experts recommend checking your grain at least every two weeks, he suggests it be done weekly.

“I’m probably a little bit more conservative than most. Maybe it’s because I am the person who usually gets called when a guy has bad grain,” he laughs.

“Once a problem starts, it grows quickly,” Woodruff says. “If you let it go too long between checking, instead of having a small problem … you can end up having to empty out a third or half of the bin and you lose a significant amount of grain.”

Hellevang believes moisture content doesn’t necessarily need to be monitored as closely as grain temperature but it’s still important it be checked periodically.

He recommends farmers measure moisture content at harvest when cereal crops are going in the bin. Another good time to do this is when the grain is emerging from winter storage to ensure moisture levels are in line with what’s required for warmer temperatures, he says.

6. Spread out sensors: Temperature sensors on cables are a common method for gauging the condition of stored grain. Hellevang believes they are an excellent tool; however, because grain is an excellent insulator, he maintains it’s best to try to utilize several sensors and spread them out in the pile.

The more temperature cables that can be put in, “the better it’s going to be giving us a true indication of what’s occurring in the bin,” he says.

Having a temperature cable near the centre of the bin makes sense because that’s where most of the fines and foreign material will accumulate, reducing airflow and increasing moisture content.

If a couple of temperature sensors are all a farmer can afford, Hellevang recommends placing them in the central as well as the southern portion of bin, since the south-facing side is what gets the most solar heat gain.

“If I can afford more, I’m probably going to put one on the northern side and then the other two quadrants, east and west,” he says.

“With an insect infestation or mould growth, both are producing carbon dioxide,” he says. “We probably would see a change in the carbon dioxide level much more quickly than what we might pick up on a temperature sensor.”

“If you start getting concentrations in the 700 to 800 range, that’s an indication something’s going on in that bin.”

8. Use your nose: It’s important not to overlook another key instrument for catching storage issues — your nose.

“The human nose will detect that there’s a problem in the bin, even when it’s really small,” says Woodruff. “When grain starts to go out of condition in an area even as small as your fist, it usually produces enough odour for a person to smell it.”

Sniffing out storage problems is what Hellevang calls old school, “but it’s still very critical because our noses are very sensitive and pick up the odours very quickly.”

9. Don’t let grain peak up: When grain peaks up in the bin, it creates more surface area “so the peak will warm much more quickly than if you have a flat surface,” says Hellevang.

Woodruff points out peaks also result in less air movement in the centre of the stored grain.

“Where most problems occur in any grain bin is in that centre of the bin. If you can pull that grain down to where the centre of the bin is the same (level) as the side wall or lower, you’re going to tremendously improve the ability of that air to get through it,” he says. “This will make a huge difference in how well that grain stores.”

10. Seal bin openings: Our experts agree farmers should make a point of sealing fan and discharge openings when not in use to limit outside air from entering the storage.

“A critical part of keeping that grain cool is to make sure the fans or any of the openings in the bottom of the bin are covered,” Hellevang says. “(Otherwise) you have warm, moist air flowing in during the spring and summer.”

He says covering up fan and discharge openings in the winter will help prevent drifting snow from entering the bin.

THE X9 COMBINE: WOWING CUSTOMERS BY ACHIEVING WHAT SEEMED IMPOSSIBLE

Advanced dosing syringes for veterinary use