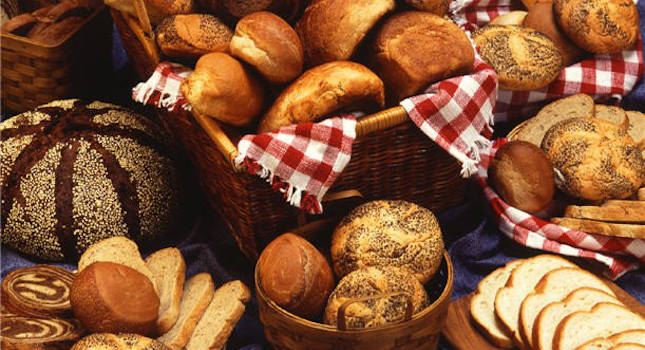 Energy conservation has always been important in bakeries – especially with gas prices so high.

Saving energy is always a concern in a food plant, especially a heat-intensive one like a bakery. It has become newly urgent with soaring energy prices and with the surge of interest in corporate environmental goals.

Bakeries that want to reduce energy consumption often have several opportunities, in multiple operational aspects. The first step is a comprehensive look at exactly where energy is being wasted, says Dave Watson, a subject matter expert for baking and snack engineering at Austin Co. and a former head of engineering at Pepperidge Farm.

“Even for existing bakeries, the No. 1 thing I think they should focus on is measuring their usage,” Watson says. “I think a lot of bakeries are finding that they don’t know where their losses are.”

There are places to look for those losses that are common to many kinds of food & beverage plants. Compressed-air leaks, inefficient lighting, insufficient insulation on piping and inefficient or mismatched electric motors are some of the problems that often pop up in comprehensive energy audits. The use of variable-frequency drives allows AC motors to run only as fast as they need to, with considerable potential power savings for equipment like conveyors and pumps.

Then there are some energy-saving strategies that are unique to bakeries. Most of these, unsurprisingly, center on the ovens. Maximizing oven efficiency is arguably the most significant single strategy that a bakery can use to cut energy costs.

In some locations, energy charges decline in off-peak hours; bakeries, which often run at night anyway, can sometimes rearrange their schedules to take advantage of the lower prices.

A next step might be to look at capturing waste heat and otherwise regulating the oven’s exhaust, says Nico Roesler, sales manager at Reading Bakery Systems.

Waste heat can be used for purposes like preheating water or combustion air or heating proofers. This technology has been perfected in the last five years or so, Watson says.

Regular maintenance is also an issue. Lubrication of conveyor chains, gearboxes and other components must be done on an adequate schedule, and the oven should be inspected regularly by a qualified technician.

Bakers who are looking for energy-efficient strategies can sometimes take advantage of control systems that can monitor efficiency in real time. Reading, for example, offers the Scorpion Profiling System, which monitors temperature, air velocity, heat flux and humidity.

“With the Scorpion you can benchmark your process for each product so you can optimize your baking process,” Roesler says. “Product process formulas can be downloaded and set all at the screen and not on the equipment to help keep track of the baking profile changes.”

The ravages of age

Of course, like any major piece of equipment, an industrial oven loses efficiency as it ages. They can run for decades, but they lose an estimated 30-40% of energy efficiency over time, according to one estimate.

New ovens tend to keep efficiency more top-of-mind. Common features include improved insulation, better design of burners and heat exchangers, lighter belting and more efficient motors. Some come with programmable energy-saving features like sleep mode, which will maintain a core temperature in an idle oven, making it easier and using less gas to ramp up to production temperatures.

Bakers fortunate to be in a position to buy new might want to re-evaluate their basic choice of oven. Models and operational principles have evolved over the years, and energy efficiency has been one of the biggest considerations.

Arguably the biggest shift has been away from direct gas-fired (DGF) ovens. Once the norm and still prevalent, all-DGF ovens are now being edged away from in favor of hybrid technology.

According to Watson, most industrial ovens being built today are some form of hybrid, starting with DGF and finishing with convection. Roesler echoes this sentiment: “Our customers are generally moving to hybrid ovens from straight DGF ovens for a variety of reasons. Hybrid baking is a much more efficient way to bake cookies and crackers.”

Air-impingement or convection ovens use a flow of hot air rather than direct flame; they save energy costs both during operation and by being easier and faster to heat up (about 30 minutes versus up to two hours). They’re more efficient, especially for low-moisture products like cookies and crackers, because their heating profiles can be tweaked. For example, exposing products to relatively gentle radiant heat in the early zones, then using a higher air flow in later ones, can preserve flavor while driving out moisture to the desired level.

One reason some bakers are reluctant to use convection is that the airflow can cause cracking or other quality problems with some products. Modern ovens control the flow of hot air for minimal product impact.

Reading offers several options for electric ovens. For dry products like cookies and snacks, it has an electric “penthouse” design in which the airflow and baking functionality are the same as in a gas oven, but the electric elements above the product have been redesigned for maximum efficiency. “The electric penthouse offers one electric element per plenum, allowing bakers to control top and bottom air speed and temperature separately,” Roesler says.

In addition, Roading has a new electric oven design with electric radiant elements. It also offers retrofits on existing ovens, where the gas penthouse can be exchanged for an electric version.

Watson, however, hasn’t seen anything more than theoretical interest in all-electric ovens. “Companies have asked to look into it, but I’m not aware of anyone who’s actually installed one yet.”

Natural gas prices historically have been more volatile than electricity, and are predicted to shoot up over the short term. The problem is that buying an oven requires making a commitment to an energy source for the life of the oven – and industrial ovens typically run for decades. Even with recent increases, electricity still is considerably more expensive than gas on a per-therm basis. If gas prices fall back down, it would be even harder for an electric system to reach ROI.

High prices have made energy efficiency, always a concern, more vital than ever. Judicious choice and use of ovens and other equipment can keep this expense down.

How To Invest In Meat Processing, Packaging Business