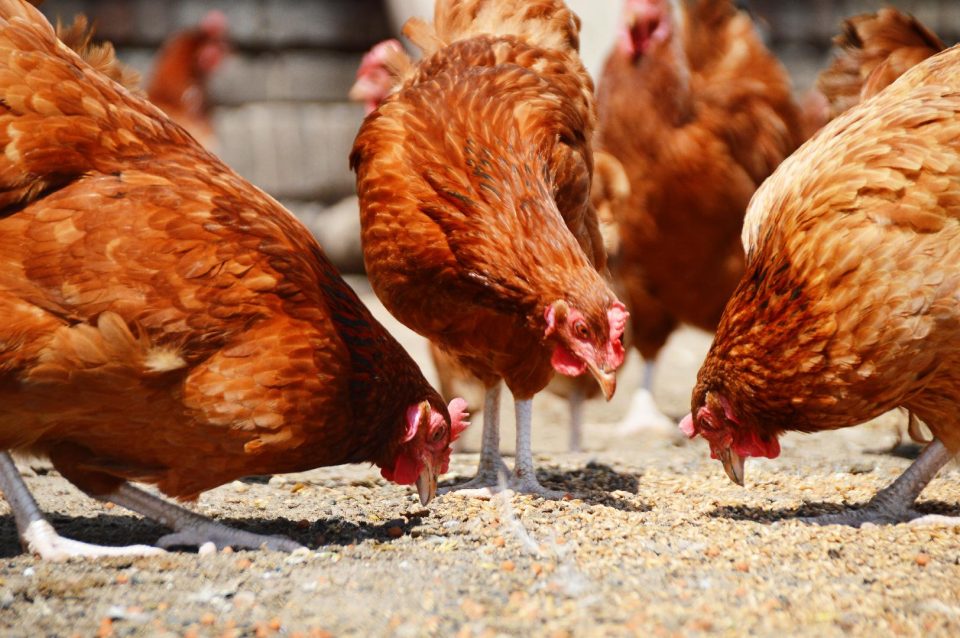 Feed has always been the biggest production cost faced by poultry farmers and recent rises in global prices, combined with supply volatility, mean that producers are now having to look harder for ways to maintain their margins.
The situation is particularly acute because the current global shortage of grain and seed oil stocks has not been matched by a proportional rise in meat prices, and the situation does not look likely to be reversed in the near future.
The challenge facing nutritionists and poultry producers is how to maintain animal performance, meat quality and revenues by keeping feed costs down.

Non-starch-polysaccharide-degrading enzymes
One obvious solution is to get more energy out of the same amount of feed. Non-starch-polysaccharide-degrading enzymes (NSPases) are one approach that has been shown to have the potential to do just that. These enzymes, derived from bacteria and fungi, can be added to feed to help breakdown soluble NSPs and release energy that would otherwise not be available to the bird.
Unfortunately, NSPases have a number of inherent drawbacks. Although they are present in most plant material used in animal feeds, the amount varies considerably between cereal sources and from harvest to harvest. So, deciding how much NSPase to add to each feed batch to give the best return on investment is not always straightforward.

NSPs consist of pentose and hexose sugars combined in different ways to produce a family of complex polymers such as xylans and glucans. The action of NSPases is very specific, so an enzyme that breaks down xylans will not degrade glucans.
So again, to be optimally effective, you need to know the exact types and amounts of NSP in any given feed source, so the optimal types and amounts of NSPase can be added.
Finally, the NSP content of maize/corn is relatively low, so the potential for increased energy yield from feeds based on these raw materials is relatively limited.
Guanidinoacetic acid
Over the past decade commercial trials have shown that Guanidinoacetic acid (GAA) supplementation to the feed increases the energy efficiency of broilers. The results have shown that bird performance can be maintained, even when the energy value of the diet is reduced by up to 100 kcal AMEn (N-corrected apparent metabolisable energy)/kg below breeder recommendations when supplemented with 0.06 percent GAA.
This is equivalent to between 83,000 and 166,000 kcal AMEn/kg GAA. Unlike NSPase, which is active in the gut where it facilitates the digestion of soluble NSPs, GAA acts at a more fundamental, cellular level, and therefore its energy sparing effect is not influenced in the same way by the feed composition.

GAA is a precursor of creatine which is an energy carrier and energy buffer and therefore an essential part of many biochemical reactions in many different tissues, especially in muscle. Creatine is essential for healthy muscle function and growth, especially in birds that are growing quickly.
Modern, vegetable based broiler diets contain very little creatine, and so birds have to rely mostly on creatine that is synthesized by the body from the precursor GAA. Poultry can synthesise some of this GAA themselves from the amino acids glycine and arginine, but not enough to meet all their needs; the rest has to be obtained from the diet.

Supplementing the diet with GAA can fill the gap and increases creatine concentration which improves the efficiency of energy usage and spares glycine and arginine in the diet for other bodily functions.
So why not cut out the middleman and just add creatine to the diet? This approach has been tried but is unfortunately not very practical because the thermal stability of creatine is not as good as GAA and, crucially, it is more expensive.
Energy sparing
A recent trial, published in British Poultry Science in 2022, confirmed that GAA 600g/t added to a wheat/barley/soybean meal- based diet can offset the loss of performance induced by lowering the energy value of broiler feed (Pirgozliev V et al. 2022).
The study followed 1280 one-day-old Ross 308 broilers to day 42 on commercial AMEn levels of 12.55 MJ/kg, 12.97 MJ/kg and 13.18 MJ/kg in their starter, grower and finisher diets respectively.
Birds were divided into four groups: positive controls received the standard diets (PC); group two received the PC diet but with 0.21 MJ/Kg less energy content (NC1); group three the NC1 diet plus 0.06% GAA (NC1 + GAA); and the final group PC diet with 0.42 MJ/Kg less energy plus 0.06% GAA (NC2 + GAA).
The energy content was reduced by decreasing the amount of soybean oil and wheat while increasing barley. At day 42, birds fed the ‘energy reduced’, non-GAA, diet had a lower weight gain compared to all other diets and a significantly lower final body weight compared to birds that received GAA supplementation.

GAA fed birds also had a significantly higher poultry efficiency factor than those that received a calorie-reduced diet but no GAA (EPEF is calculated by the mean grams gained per day, multiplied by the percentage survival rate and divided by the FCR x 10).
The authors concluded their results implied that ‘lower performance induced by a reduction of dietary AMEn in the range of 0.21 to 0.42 MJ/Kg was more than compensated by supplementing 600 g/t GAA to the feed.’
Based on the results of the Pirgozliev study, with the energy sparing of GAA it would be possible to save between €2 and €7 (US$2.08 and US$7.29) per tonne of feed – i.e. about 1 to 2.4% of the total feed cost. As might be expected, simply reducing the energy content of feed like in the NC1 treatment reduced the feed costs by more than adding the GAA supplement like in NC1 + GAA.
However, when feed costs and animal performance were both included in the cost calculations, income over feed cost improved by 3% in the NC1 + GAA group compared to the PC and by 2.6% compared to the NC1 diet. Feed costs of the NC2 + GAA diets were the lowest compared to all other diets in the trial even though GAA was supplemented.

The above results confirm those of a similar trial of 11,400 Ross 308 birds in commercial conditions which found that GAA supplementation (0.06%) significantly improved final bodyweight and FCR by 1.77 and 1.66% respectively in fast-growing modern broilers (Ceylan et al, 2021).

Return on investment
Simply reducing the energy content in poultry feeds may not be a viable option for cost-saving in feed formulation. Assuming that energy is the most limiting factor in the feed, poultry will eat to meet the energy needs and lowering energy will result in increased feed conversion.

Previous studies have suggested that the increase in feed conversion is the response of the broilers adjusting their feed intake and energy expenditure to maintain energy balance and body weight.

An economical solution that enables a reduction in the energy value of the diet while maintaining bird performance is the dietary supplementation of GAA. In this context, a recent study with GuanAMINO® supplementation showed an energy-sparing of 57, 79 and 91 kcal/kg in starter, grower and finisher diet respectively.

This result confirms what we know about the energy sparing potential of GAA which can be from 50 kcal up to 100 kcal/kg feed. Considering the energy matrix of GuanAMINO in feed formulation can contribute to significantly decrease the inclusion of oil, which can be quite expensive in the feeds.

At a time when the cost of feed is high, the returns for any supplement that enables a reduction in the energy content of the diet while maintaining bird performance is likely to be worth evaluating.

For instance, a saving of just US$0.02 per kg liveweight for a 25,000 bird house with a 34 day growing period and 2.25kg weight gain is equivalent to an increased profit of around US$1125 per cycle. GAA could provide some of the savings that producers are looking for as feed prices remain high.

THE X9 COMBINE: WOWING CUSTOMERS BY ACHIEVING WHAT SEEMED IMPOSSIBLE

Why animal and poultry feed prices have gone up sharply