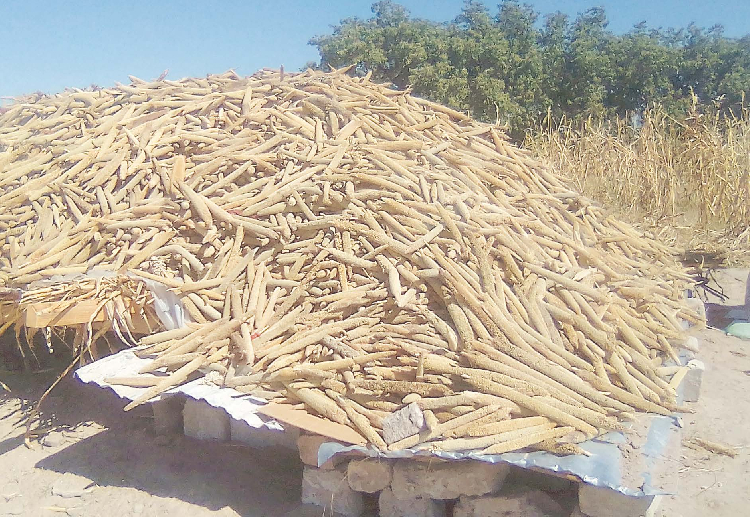 Many communal farmers in northern Namibia have started harvesting pearl millet (mahangu) and other crops.

The rainfall season was erratic in some areas in the first half (October-December 2020/2021) and resulted in significant delays in cropping activities.

This is according to the Ministry of Agriculture, Water and Land Reform’s agricultural inputs and households food security monitoring assessment, from 7 November to 4 December 2020.

Since the start of the season there was not enough rains to trigger-off cultivation activities by the end of November.

But by early December, most parts of the country recorded moderate to good rainfall and farmers started with cultivation activities.

But some regions like as Omusati, experienced long dry spells due to the lack of follow-up rains since the start of the rain season and when the rains finally came towards the end of March, it was too much and many mahangu fields ended up being flooded.

But despite these challenges, some mahangu farmers in Oshana region are happy with their harvests.

Junias Paskalis (a pensioner from Otuwala village) in Okatana constituency of Oshana region told The Namibian that although the late rain destroyed part of his crop, his harvest was not dissapointing.

“God help us to get something out of our fields. It is better than nothing” said Paskalis.

However, Elizabeth Shigwedha, a young mother from Oniimwandi village in Oshakati West constituency, said she did not get much.

“Just look at it,” she said, pointing to a small pile of mahangu heads.