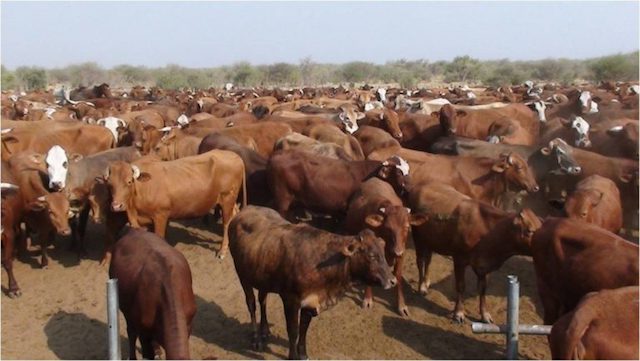 FOR the past five months Namibia has exported more live animals than it has slaughtered for value addition and export, the Meat Board of Namibia’s statistics for May indicate.

According to the statistics, the country exported 45 623 live animals, while local slaughtering stood at 29 379 head of cattle for both export and local consumption during the period under review.

This indicates that more live animals are sold while the country restocks its livestock sector.

A new trend of the country importing more beef than usual has also emerged.

In the past five months 9 124 hooved cattle has been exported per month on average, and an average of 5 875 live animals were slaughtered monthly.

South Africa is not only taking up live animals, but is also the biggest export destination for Namibian beef, followed by Norway.

The country has imported 912 875 kg of beef by the end of May this year – mostly from South Africa, Europe, and Australia.

In terms of exports, the country has sold 1,8 million kg of beef from the slaughtering of 18 156 head of cattle by the end of May.

This is a decrease compared to the 3,3 million kg of beef sold last year from 23 396 head of cattle, the statistics show.

The Meat Board indicates that export slaughtering has declined by 22,40% year-to-date, while live exports for May this year were 66,80% higher than for May 2020.

In May 2021 the three exporting abattoirs’ business has improved, with 5 098 animals slaughtered.

The statistics also reveal that of these animals slaughtered by export abattoirs in May 2021, some 1 007 head of cattle were imported from neighbouring Botswana.

This is because many of the country’s producers restock, but sell live animals rather than raising slaughter-ready animals.

The board has warned that the shortage of slaughter animals has seen beef prices rising, with the B2 beef price recording the highest level in May.

Producers earlier this year warned that Namibia is gradually becoming a weaner-exporting country, because producers are not happy with the premiums they get by raising slaughter-ready animals.

The first-quarter agri review of the Namibia Agricultural Union (NAU) for 2021 has highlighted that restocking and livestock farming are quite costly due to input costs.

She says agri-inflation, which traces the price movement of livestock farming inputs, has increased with 6,8% by the end of the first quarter.

For the past five months, more live animals have been marketed and exported to South Africa than animals slaughtered locally.

Although the slaughtering and selling of beef create a value chain in the beef sector, the current market shows a different trend.

Based on feedback from producers, this is due to prices offered for slaughtered and live animals.

The weaner price as a percentage of the price for slaughter-ready animals stood at 81% in the first quarter of 2021, according to the NAU.

Ijambo says this is way above the long-term average of 63%.

She says a small margin between the live animal and slaughtered animal price could have negative implications for the future production of slaughter-ready cattle.

“This is because it takes longer to produce slaughter-ready cattle, requiring more inputs, thus making it costly in the end,” she says.

She says most farmers produce both weaners and slaughter-ready cattle, which makes the business sustainable.

Most producers who produce weaners or steers are communal farmers, Ijambo says, and adds that Namibia needs both markets.