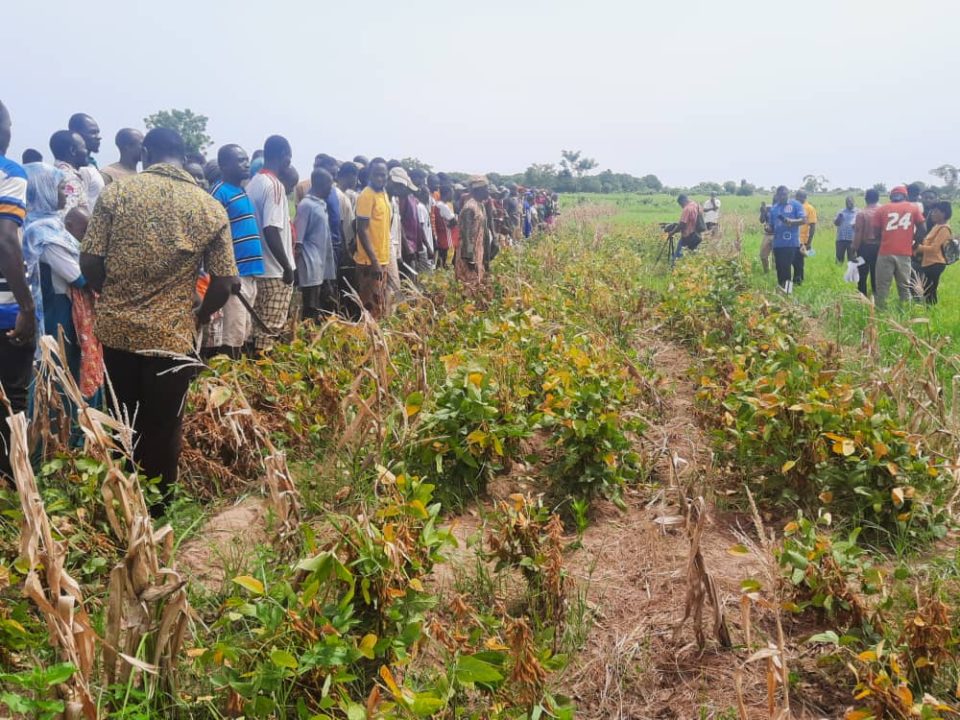 Professor Osei-Agyeman Yeboah, Project Coordinator of North Carolina Agriculture and Technical University has called on farmers to integrate innovations and technology in farming to achieve food availability, access, stability and utilisation in the country.

He gave the advice at community engagement on the USDA-National Institute of Food and Agriculture (NIFA) through the Centre of Excellence for Global Food Security and Defence project held at Gizaa in the Tolon District of the Northern Region.

The USDA-NIFA project is being implemented in collaboration with 1890 Land Grant Universities such as University of Maryland East Shore and North Carolina Agricultural and Technical University.

The project, being implemented in Northern and Upper East Regions, is supported by the Council for Scientific and Industrial Research – Savanna Agricultural Research Institute (CSIR – SARI) to reach communities with the best technologies to increase food security and nutrition in the country.

He said innovation was a central driving force to achieve a world free from hunger and malnutrition, adding agricultural innovation systems must take into account strong gender perspective to make knowledge and technology available to female farmers.

Dr Issah Sugri, Senior Research Scientist at CSIR – SARI said the project was to research for the development and extension model, which sought to implement series of integrated interventions to propel sustainable and resilient crop-livestock productivity in the two regions.

He said the project was also to improve nutrition, value chain enhancement and market accessibility for farmers in the northern sector.

He noted that there were series of integrated production technologies in the communities to propel sustainable and resilient crop-livestock productivity to increase incomes, and food and nutrition security in the country.

He said the communities were also trained in other activities such as community-based initiative of harvesting, managing crop residue and manure, and their reciprocal use to increase soil fertility.

He said over the last two years, the project conducted four on-farm research fields that were established to showcase the benefits of the maize-cowpea intercropping system on grain yield.

Dr Sugri said there was participatory evaluation which was done in the communities to show the right use of fertilizer to achieve higher yield.

How lack of proper know-how affects poultry keepers in Tanzania