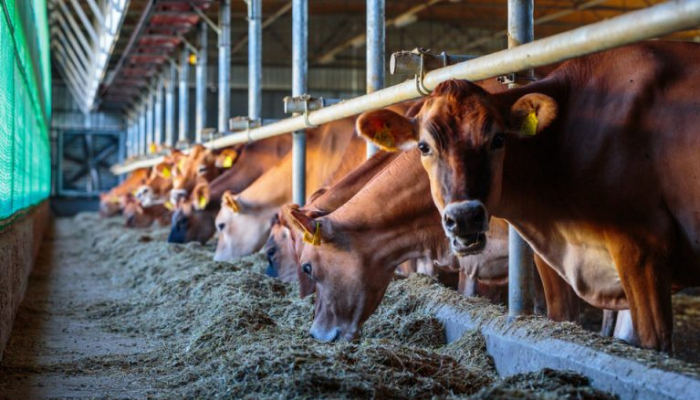 The potential of the Nigerian livestock industry, despite accounting for about 5 percent of the National gross domestic product, has remained largely untapped, as government inconsistent policy, poor animal husbandry practices as well as limited access to quality inputs and finance among others remain prevalent in the country.

Stakeholders speaking during the Summit on National livestock transformation plan in Abuja on Tuesday noted that the bulk of Nigerian labour force is engaged in various forms of agricultural enterprises especially along the livestock value chain with over 30 percent women and young adults depending largely on livestock for their income, livelihoods and sustenance.

Summit was organised by the Federal ministry of Agriculture and rural development in conjunction with the Agriculture Correspondent Association of Nigeria (ACAN) to drive needed growth in the livestock sector.

He however noted that in spite of the potentials, it is estimated that the per capita consumption of animal source foods stands at 8 litres of milk, 9 kg of meat and 3.5 kg or 55 eggs per year which are very low consumption levels when compared with the global averages of 44 litres of milk and 19 kg of meat, respectively.

“Consequently, a huge amount is spent on importation of food into the country, especially milk and dairy products.

“Inconsistent government policies, poorly functioning institutional settings, linkages, regulations and standards, have failed to bring about significant and sustainable transformation in the sector and limited impact on livelihood of actors along the sector’s value chains,” he said.

According to him, challenges of growth in the livestock value chains are multi-faceted as low breed quality, poor animal husbandry practices, limited access to quality inputs and finance, livestock herder and crop farmer conflicts among others remained prevalent in the country. “These have continued to prevent the sector from reaching its full potential,” he added.

Speaking further, the Minister said that to address these multi-faceted challenges and unlock the potentials of the Nation’s livestock resources, the Government is collaborating with a wide range of national and international stakeholders to speed up transformation in the livestock sector and meet contemporary aspirations for increased productivity and resilience.

An outcome of such collaboration according to him is the National Livestock Transformation Plan (NLTP) which is being promoted by state actors and non-state actors with National and State Governments.

Fred Kaferro, Country Representative of the Food and Agriculture Organization, stated that there was a need for a strong institutional set up to drive national level implementation of the NLTP in a coordinated manner to yield the desired result in the sector.

According to him, despite the multiple operational challenges in the implementation, NLTP is still considered as one of the coherent frameworks which clearly identified the root causes of the conflict and proposed cost effective, realistic and private sector led solutions.

“We noted during the implementation of this programme with other UN Agencies, that there is a need for a strong institutional set up to drive national level implementation in a coordinated manner.

“I would like to therefore call on the Federal and State Governments to review the implementation arrangement with a view to clarifying roles and responsibilities of state and federal level actors, development partners and private sector, including on areas of funding and resources mobilization. This will fast track its implementation, monitoring, evaluation, learning and accountability for the results, he said.

Another critical area of review according to him is on strengthening advocacy and public awareness about the plan which is critical in building stakeholder understanding and clarifying public perceptions about the plan.

“On our part, FAQ will continue to provide technical support to the government in addressing all aspects of the livestock system. Our expertise including the Emergency Centre for Transboundary Animal Diseases (ECTAD) will remain at the disposal of the government in this regard,” he said.

In his remark, the Chairman of ACAN, Oba John noted that the livestock sector has remained a pillar of the global food system and a contributor to poverty reduction, food security and agricultural development.

Making reference to the latest FAO report, he stated that livestock contributes 40 percent of the global value of agricultural output and supports the livelihoods, food and nutrition security of almost 1.3 billion people.

“The sector can empower rural women and youth, improve natural resource-use efficiency, and increase the resilience of households to cope with climate shock.

“In Nigeria, livestock play a major role in sustainable food systems, according to experts, the country’s livestock sector has a huge economic potential worth over N33 trillion, such a sector should never be ignored. That is why development of policies like the National Livestock Breed Improvement Programme (NALBIP), National Livestock Transformation Plan among others are welcome ideas,” he said.

Food prices can only be lowered through reduction of farm products, says Sonko

How climate risk insurance can step up livestock rearing