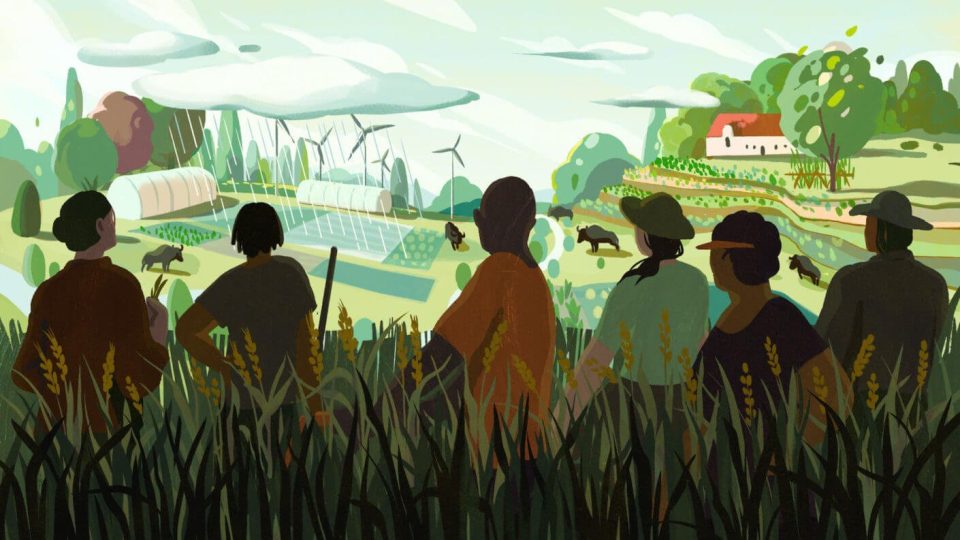 Researchers from the University for Development Studies in Kumasi surveyed 360 smallholder farmers across 10 districts in northern Ghana, an area characterized by food insecurity due to over-reliance on rain-fed agriculture and erratic weather patterns. Their results were published in the African Journal of Agricultural Research.

Some 61 percent of the farmers identified developing drought-resistant crop varieties as the most important use of GM technology in their region, with early-maturing and high-yielding crop varieties coming in second. Other perceived benefits of GM crops included high economic returns, reducing the cost of weed control, reducing the environmental risks of farming, meeting consumer tastes and improving food security..

Their responses were tallied as Ghana’s National Biosafety Authority considers approval of GM Bt cowpea, which was developed by local scientists to be largely resistant to the Maruca pod borer pest. Confined field trials of GM cowpea conducted by the Savannah Agricultural Research Institute (SARI) in Ghana have shown that farmers can reduce their spraying regime to just twice per season while gaining up to a five-fold increase in yield. Farmers in Nigeria, where the crop was approved last year, are reporting higher yields and incomes and reduced pesticide use.

Dede Ekow, a 36-year-old farmer who has been growing cowpea, cotton and yam in the Chereponi district for the last seven years, was among those surveyed in Ghana.

“I am hoping for a new lease of life in my farming enterprise when I get the Bt cowpea seedlings and other new pest- and climate-resistant crop varieties,” Ekow said. “I have been losing a lot of crops to pests and more recently, to climate change. But I am positive my farming prospects will get better.”

The farmers surveyed were upbeat that biotechnology would help bring in high economic returns and reduce the cost of weed, disease and pest control. Ghana’s Council for Scientific and Industrial Research recently said biotechnology, which is greenlighted by the country’s National Biosafety Act 2011, has the potential to boost agriculture and ensure food security for all in Ghana.

Since it ratified the Cartagena Protocol on Biosafety in 2003, Ghana has made steady progress towards the adoption and commercialization of GM technology. But prior to the publication of the survey results, very little was known about the expectations and reservations of the smallholders who comprise 70 percent of Ghana’s 7.3 million farmers. Many of the country’s cash and subsistence crops, including cocoa, maize and cassava, are produced predominantly on small farms.

“Their perceived constraints to the cultivation of GM crops were the probably high cost of GM seed, unreliable supply of GM seed, likely failure of regulatory agencies and possible environmental and health risks, among others,” the researchers wrote. “It is recommended to the Ministry of Food and Agriculture (MOFA) and other relevant organizations to address farmers’ concerns and reservations over the possible high cost of GM seeds and the fear that GM seed supply might not be reliable.”

The results also suggested that farmers have been exposed to misinformation about GM crops, including false claims that the seeds cannot reproduce, the seeds are imported from overseas and will therefore be too expensive, GM crops pose risks to human health and GM crops harm the environment.

Crop pests and diseases are a huge problem for Africa’s smallholder farmers. A study published last year by the Center for Agriculture and Bioscience International (CABI) indicated that the financial burden triggered by invasive pests in Africa could total more than US$65 billion per year. CABI also estimated that crop losses in African countries due to insect pests averaged about 49 percent in 2019.

The survey report authors reckoned that crop losses would get even higher in the future as a result of climate change. They also noted that developing countries have planted more GM crops than the industrial countries, with smallholder farmers accounting for most of that adoption.

In recent years, Ghanian farmers have increased their call for the government to approve GM crop varieties. Last year, cowpea seed growers in the Northern and Upper East regions who had lost their crops to pests urged the government to expedite approval of GM cowpea seeds, according to Ghanian media reports. They released a statement claiming that any delay in releasing the GM cowpea variety was a deliberate plan to impoverish them.