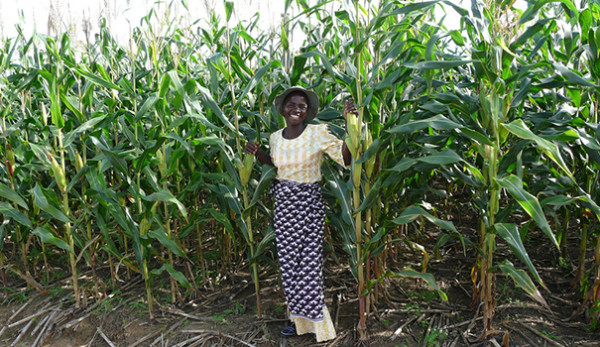 A recent joint study by the Taha Group and Fintrack Inc has established that limited knowledge of farmers on good farming practices “compromises agricultural productivity”. The Study – which was supported by USAID through its Feed the Future-cum-Mgoga na Matunda Initiative – found that the lack of adequate knowledge was especially in the application of various agricultural inputs, mostly by smallholder farmers.

For instance, poor application of pesticides and other agrochemicals not only adversely impacts productivity, but is also wastage of the high-cost inputs.

Speaking in Arusha at a video-conferencing on the dissemination of the 2020 Agro-Dealers Survey findings of the horticultural sub-sector, the leader of the research team, Mr Ndeoya Mungure, stressed that “there is a limited knowledge among farmers regarding the application of farming inputs.”

This adversity, Mr Mungure revealed, is compounded by the entry into the local market of counterfeit pesticides, a development which is largely blamed on shortcomings at the Arusha-based Tropical Pesticides Research Institute.

But, ready access to agricultural knowledge is important in transforming for the better the livelihoods of farmers and the community at large, as well as enhancing food security and growing the economy all in all.

In the Tanzania of today, this calls for improved information dissemination using the right and adequate infrastructure, as well as agricultural extension officers and other educators.

Farmers must be well-informed not only on the application of various agro-inputs – and, in fact, be given the right knowledge on the whole agricultural inputs supply chain – but also on land preparation, seeds selection and other good farming practices.

Also – and as we noted yesterday, smallholder farmers in both horticulture and the larger agricultural sector are mostly the victims of such shortcomings in the farming business.

We must, therefore, act promptly to rectify the shortcomings before our farmers and agriculture go to the dogs, so to speak.

BEACHES SHOULD BE SAFE FOR ALL

There is a need for stricter guidelines for schools wishing to take their students on leisure trips to beaches in DAr es Salaam and elsewhere. It is worth noting that there have been instances in the past where schoolchildren have downed in Dar es Salaam while swimming during school outings.

This is a result of schoolchildren being taken to beaches and left to do as they wish with little or no supervision by their teachers. Not all children know how to swim, but most of them find the sea alluring and irresistible and decide to take a dip, sometimes with disastrous consequences.

It is time to put an end to this needless loss of life caused by sheer negligence on the part of school administrations. Schools wishing to organise outings to beaches should be compelled to hire qualified lifesavers as a precaution.

Care should be taken in allowing schoolchildren to swim or otherwise bathe, with small groups of four or five individuals taking turns to do so. Allowing dozens of children to rush into the water at the same time with no supervision whatsoever is a recipe for disaster.