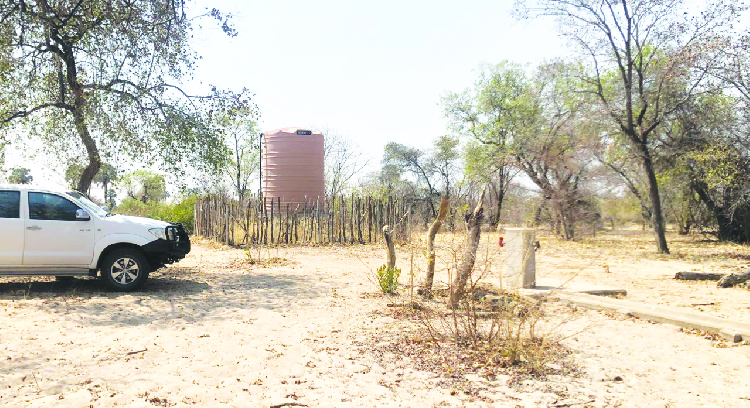 HOME to about 15 000 inhabitants, the Epembe constituency has faced challenges in accessing clean water, which is why the Ministry of Agriculture, Water and Land Reform has confirmed that a number of water points were installed at various villages in the constituency.

Epembe is situated in the Ohangwena region, on the Angolan border. The ministry confirmed that the constituency now has 102 water points, of which 95 are fed by pipelines and seven by boreholes.

Ministry spokesperson Jona Musheko responded to an article in The Namibian last week, which reported on the water situation in the constituency. He said giant strides had been made in ensuring the constituency’s villagers have potable water.

“Inasmuch as we acknowledge that there are other areas that still need more interventions to ensure availability of potable water, the Epembe constituency is one area where the government has invested and continues to invest in water infrastructure,” Musheko said.

He said currently no community members are drinking from or relying on traditional wells for drinking water in villages such as Eenheni, Etapa, Onhinda, Omuhongo, Onaame and Onamundidi. He said only a few utilise earth dam water for livestock purposes.

Water points are managed by the Water Point Committee (WPC), made up of community members selected through the Community Based Management (CBM) strategy that ensures the smooth management of the waterpoints/water infrastructure.

“The actual cost of water in Epembe/Ohangwena region is N$14 per cubic metre, which is 1 000 litres of water. On average, one household would not exceed two cubic metres a month. These households use a prepaid water system that proves to be very efficient as it is managed by the community members themselves,” Musheko said.

“The finance agreement is expected to be implemented in a period of four years consisting of a loan amount not exceeding N$1,8 billion and a Rural Water Supply and Sanitation Initiative Trust Fund grant for the financing of the programme to an amount of three million euros (about N$52 million),” Schlettwein said.

In addition, German development bank KfW has already provided N$870 million, with further possibilities to be agreed upon, Schlettwein said.

“At the same time, the government of Namibia has committed to finance at least N$2,3 billion over the programme period such that the total funding for the water sector over the next seven years amounts to about N$8,31 billion,” Schlettwein added.