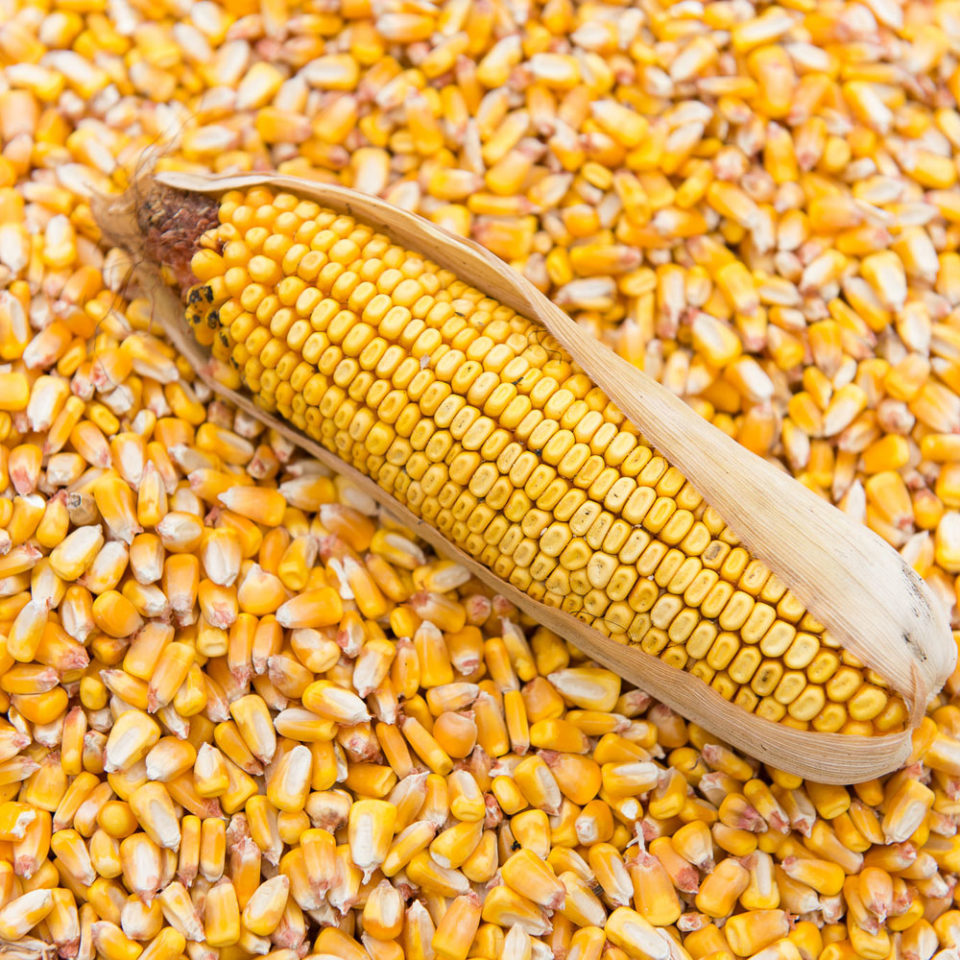 In Cameroon, as in other countries of sub-Saharan Africa (SSA), maize is an important staple crop and is consumed in different forms: as fermented dough, roasted, as corn porridge, or converted into ‘’corn-beer’’. Maize is produced primarily (~90%) by small-scale farmers. The spatial pattern of vulnerability of maize yields to variations in growing season precipitation in Cameroon is important; growth conditions change as we transition from the south to the north of the country, trends that this write-up seeks to explore.

The Fifth Assessment Report (AR5) of the Intergovernmental Panel on Climate Change (IPCC) projected temperature increases in SSA of between 1.5-2.5º C up to 2050 based on the RCP 4.5 scenario. Meanwhile, over the last three and a half decades, SSA has experienced a 0.2-2.0º C increase in annual surface air temperatures. Alongside these temperature changes, unreliable and insufficient growing season precipitation has become a major issue, leading to an increase in the vulnerability of current agricultural systems. In Cameroon, agriculture is essentially rainfed and changes in precipitation strongly affect the cultivation of crops. Due to persistent droughts, the mean crop growing season precipitation for maize in Cameroon is around 200 mm. However, across Cameroon, there is significant spatial variation. For example, the southwestern part of the country records about 3000 mm of precipitation annually, the southeast records about 1600 mm annually, the western highlands records 2000 mm annually and northwards it drops to about 500 mm annually. In the northern Sahelian parts of the country, droughts are recurrent and occur on a yearly basis thus placing a lot of stress on maize production. Droughts are a recurrent problem in Cameroon, but a particularly significant recent drought occurred between 2012-2015, when maize seedlings experienced very high mortality. The challenge of changing growing season precipitation patterns is made even more difficult as the interacting drivers of food system vulnerability in Cameroon go beyond climatic variables and include factors such as soils, slopes, crop pests, and fertilizer availability.

Based on the changes in maize growing season precipitation as well as the influence of other non-climatic forcing, southern Cameroonian maize has a lower vulnerability and a higher adaptive capacity. Meanwhile in the north the vulnerability of maize is higher while the adaptive capacity is lower (Fig. 1). Sensitivity and exposure are also lower in the south and higher in the north. In addition to variations in precipitation distribution during the maize growing season, other drivers of these variations are soil quality, and the socio-economic status of the farmers involved in cultivation.

The key observations here are that the vulnerability, sensitivity, exposure, and adaptive capacity of maize varies as we transition from the lower latitudes in Cameroon to the higher latitudes in the north. The low vulnerability and high adaptive capacity in the context of southern maize are consistent with higher growing season precipitation in the south. The reverse is true in the north. To get a better picture of the vulnerability of cropping systems to droughts, it will be necessary to investigate further the climatic and non-climatic variables involved, and proxies of adaptive capacity such as literacy and poverty rates.

It is important for research to be carried out on the vulnerability of other crops and on expected crop yield gaps in Cameroon under projected climate change. The inclusion of more sites in sub-national scale analysis should also be prioritised. Adaptations to alleviate the plight of the farmers dealing with yield declines should focus on both climatic and non-climatic drivers of yield. Evidence-based research and climate monitoring will provide farmers with more accurate information on changes in planting dates and future projections so that farmers can adjust and make more informed planting decisions. On the non-climatic side, further work is needed on other pertinent drivers of crop yield such as fertilizer use, varietal selection and crop pests and diseases. It will be important for stakeholders to consider adaptation opportunities offered by technological developments, indigenous knowledge, economic innovations, and social support.