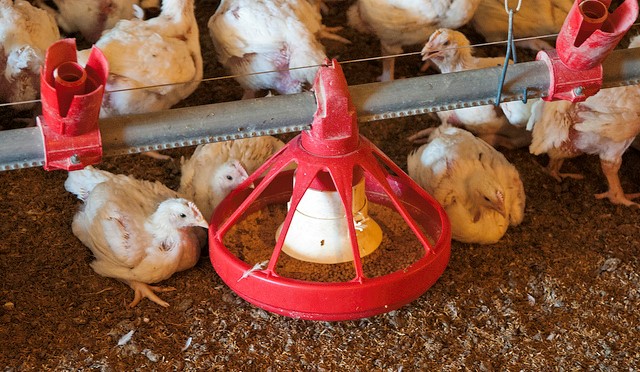 This comes as poultry farmers across the country currently are faced with scarcity and high cost of maize and other ingredients needed for the industry.

Speaking to Citi Business News on the development, the president of the Greater Accra Poultry Farmers Association, Michael Nyarko Ampem, said there is a looming danger if the challenges are not addressed.

“We do not have the cereals such as maize, soya and the wheat brand available to work. So, we are having intermittent shutdowns and what we see is that there is a looming total shutdown, and we want to avert that because GAFA alone has about 1,775 farmers, and we cannot have a situation where people whose businesses are just poultry farming would have their business collapsing.”

“The way forward is that we are ready to sign MoUs with people or business people who are ready to bring in the maize and make it available for us. This is because the truth is that, the wheat brand is unavailable, and it’s also expensive, so the feed millers should have an MoU. We are not saying that they should give everything to us, but we should have an understanding so that a certain percentage of our consumption is given to us so that when that is given to us then we are sure that we will be in business, and we will go through this crisis very well,’ he said.

Some poultry farmers, Reverand Otoo Mensah and Evelyn Sackey also shared their perspectives on the issue.

“This is not the first time we are raising this concern. At least we know that when it gets to the peak season in December, we have this challenge, but this time we are in July, and it has started, and we don’t see any end in sight. Those who don’t have the financial capacity are losing their birds, they are losing their farms, people are really going through things. It’s not just the handful of us who are here who have the opportunity to talk to the press, but people are suffering out there, and I believe that this is a national issue.”

“We shouldn’t do things that will collapse the sector, and then we go back into the issue of bringing the imported frozen meat here.”

Ghana’s poultry sector has, for over two decades, been experiencing a steep decline. Research has shown many of the commercial poultry farms that were established in the late 1960s and early 1970s have collapsed or are on the verge of collapsing.

The reasons for this are many and varied, but in recent times, the high cost or unavailability of maize, a needed ingredient in the industry, is to blame.

According to a study on the poultry feed sector in Ghana by the International Food Policy Research Institute, maize accounted for 60 percent of poultry feed.

Thus, its availability and price have implications for the profitability and growth potential of the industry. Currently, 5 out of the 55 feed mills in the country have shut down due to the situation.

The same goes for wheat brand and soya bean cake. According to GAFA, the resultant effect is that their working capital has been drastically reduced.

How inconsistent policies, others rid Nigeria of livestock sector gains