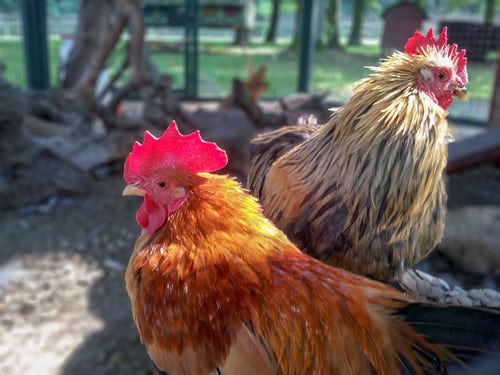 Kiambu Poultry Farmers Cooperative Society, in a statement, said that CS Munya allowed Uganda to bring in processed chicken in Kenya even before the import ban was lifted.

In January, Agriculture Ministry banned any poultry imports coming from Uganda for a period of one year.

“Munya hasn’t even come to us, to ask or understand how our market is doing. He went behind us to open these borders now our farmers are languishing again, they don’t have anywhere to take the product. The PS had said that anyone who imports will be penalized, but as we speak, Farmers Choice, QMP, and Finsbury ltd are bringing in tonnes of cheap imports, without caring how will farmers survive,” said Zachary Munyambu, the Chairman of the society said.

He added that farmers are bearing the weight of borrowing money for animal feeds, which are highly taxed and are making meager profits, and are in debt, because of poor policies by CS Munya.

The society claimed that over 200 metric tons of processed chicken meat are being imported tax-free from Uganda in seven days.

“ Ugandan restaurants are not buying from Kenya, they are supporting their own farmers. What happened to the spirit of buying Kenya and supporting local industry. Add that the chicken is coming at ridiculously low prices which farmers cannot compete,” Munyambu added.

According to the farmers, the government would have at least shielded Kenyans from the harsh tax slaps but instead, the ordinary Kenyan poultry farmer has been slapped with an insane 16percent VAT on poultry farming equipment such as brooders, hatcheries, and processing equipment.

They say that investors have shied away from pumping their monies into the local market opting to seek alternative ventures as the local poultry farming has proved untenable.