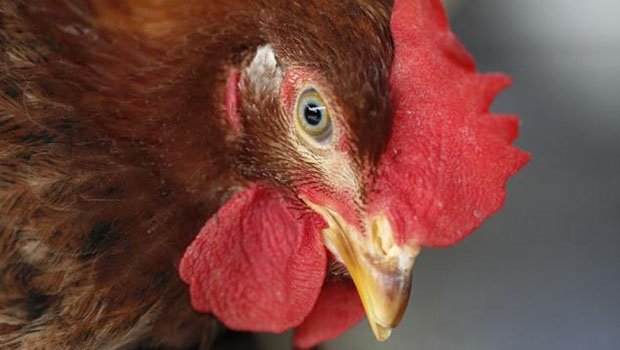 Nigerian poultry farmers are angry. Their problems are growing in a vicious circle which has plunged the industry into deepening crisis.

Since 2019, the farmers have been wailing and kicking over sudden unpredicted rise in the cost of inputs such as maize and soybeans, which constitute about 70 per cent of the feed components.

In addition to the cost of maize which swelled from N140,000 to N223,000 per metric tonne, the inability of the farmers to access vaccines for their birds against Avian Influenza (bird flu) has further worsened their situation.

Mr Idowu Asenuga who has been a poultry farmer for over 25 years is bitter with what the poultry industry is going through in the country. For him, the government is not even listening to them and the industry is shrinking by the day.

Asenuga, who is the Ogun State chairperson of the Poultry Association of Nigeria, does not foresee a better future for the industry unless government change its policy on vaccines, compensation, maize and soybeans.

In an interview with our reporter, he said despite the fact that egg is the cheapest source of protein in Nigeria, unfortunately, the federal government has not been supporting the poultry industry.

The farmer said the industry is currently facing three grave challenges, which will affect the industry drastically.

The first is the challenge of avian influenza which is ravaging the country currently and the issue of compensation. The federal government ban on importation of vaccines to tackle the disease angers the farmers.

“The logical thing for any country which is having a disease challenge is for you to look at the disease and take preventive measures. When COVID came for human beings, what are we doing now, we are vaccinating; but the federal government has placed a ban on vaccination of birds affected by avian influenza and there is no compensation for anybody that has more than 3000 birds. How do you allow me sink millions and billions into investment and then you are not allowing me to protect my investment? That is suicidal, that is very unfair.

“Farms that have been affected by avian influenza, government is not protecting them and they are not allowing them to protect their farms by vaccination. So, we found it counter-productive and very worrisome and this is affecting the industry, the poultry industry is shrinking and people are losing their jobs, coupled with the fact that our members are not even secured; they are being kidnapped and killed on daily basis,” he said.

Secondly, the PANOG chair said because of the current state of the poultry industry, farmers find it difficult to get funding from commercial banks.

“As a commercial farmer and chairman of the PANOG, I tried to seek succor from one of the commercial banks and I was turned back. So, you can’t even get support from commercial banks; they will tell you the poultry industry is not vibrant and they won’t lend you money. It’s hell for us right now as we speak and unfortunately governments at all levels are not coming to our aid,” he stated.

Thirdly, on the issue of maize and soybean, he said “We find it very worrisome that at the peak of COVID, banditry, kidnapping, that was when government chose to ban forex for the importation of maize. The logical thing is that if any country cannot produce sufficient food, the rational thing for you to do is to import pending when you are able to produce enough. This has spelt a lot of doom for the poultry industry. Most of our members have closed shop because the price of maize and soy have gone beyond their reach. Last year, the price of maize was N90,000 before the ban but today before the new harvest, it was selling for N250,000 per tonne and a bag of layer feed for instance that was N2800 now sells for about N5,600 that is 100 per cent increase and feed constitutes about 80 per cent cost of production. If anything happens to the maize and soy, the cost of production goes up. That same period last year, a crate of egg was selling for 800 and 900. And it is impossible for us to double the price of egg while the price of maize of soy have double, that is the challenge we are having,” he said.

The poultry sector consumes about 50 per cent of maize produce in Nigeria and a collapsed poultry industry will also drastically affect the maize and soybeans farmers.

The farmers said the first thing government needs to do is to put a waiver on the importation of maize and make forex available for farmers who are willing to import to feed their birds, adding that if there is no import, the price of maize will not be checked.

Secondly, some farmers’ positon on vaccines is that government needs to allow them import avian influenza vaccines to vaccinate their birds and protect their investments.

Above all, they want government to look at targeted funding towards the poultry sector specifically at single digit interest rate so that farmers can easily pay back. They argued that borrowing at 28 and 30 per cent interest rates is not sustainable.

A source at the Federal Ministry of Agriculture and Rural Development said FG’s policy on Avian Influenza is eradication and not vaccination, stressing that vaccination allows the disease to remain and continue to mutate.