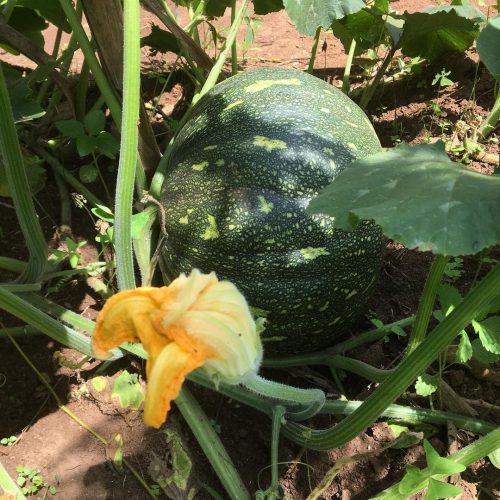 DESPITE producing cereals, legumes and fruit, some of which are exported, Namibia still imports about 60% of the food it needs.

This is one of the observations of the National Food Systems Dialogue which was presented at the third Sustainable Development Dialogue Series (SDDS) by World Food Programme head of programmes Elvis Odeke on Friday.

According to the Namibia Statistics Agency, in November 2020, Namibia imported N$87 million worth of maize after the Namibia Agronomic Board reopened the borders to allow imports, after its closure in May 2020 due to Covid-19.

The dialogue series forms part of the United Nations Decade of Action which was convened by the Ministry of Agriculture, Water and Land Reform.

Odeke said Namibia is a renowned livestock country with the sector making up to 40% of the country’s agricultural production.

“Livestock is one of the key export items which have given Namibia a strong global footprint. Small livestock and fish are also available and are competitive on the export market,” he added.

The SDDS, under the theme: ‘Unlocking Resources for Sustainable Development: Follow Up to the National Food Systems Summit Dialogues’, was held at a local hotel and streamed virtually.

The series is an initiative of UN Namibia to foster the multi-sectoral exchange of information influencing the achievement of sustainable development goals.

“In addition, 24% of food calories we grow is lost at farm level, meaning we have high post-harvest losses,” he said.

According to statistics, Namibia has between 400 000 and 500 000 food insecure people who depend on the safety net provided by the Office of the Prime Minister. This food insecurity affects their diets and nutrition, Odoke said in his presentation.

Odeke said despite the country having strong policies like the fifth National Development Plan which can be used to close the gap in the food system, Namibia still has 24 to 27% stunted growth in children.

“This results in irreversible physical and mental impairment in these children,” he said.

He said they had observed that the drivers of food insecurity in the country include climate change, lack of market access for smallholder farmers, cheap food imports, infertile soil, pests and diseases, poverty and unemployment as well as a lack of meaningful private and government investment in the smallholder sector.

He said the food summit had recommended that government creates an enabling environment while giving the private sector space to operate in the farming industry.

Other recommendations were the development of enabling structures like irrigation facilities, human capital, introducing rural transformation to sustain a rural economy, making access to capital easier and investing in technology.

The recommendations from the summit will be presented at the United Nations Food Systems Summit to be held this month.

Also making a presentation at the SDDS, was World Health Organisation country representative Charles Sagoe-Moses who said the UN Partnership Assistance Framework (Unpaf) was working with the Namibian government to achieve the SDGs, each of which relies to some extent on healthier, more sustainable and equitable food systems.

Sagoe-Moses said the Unpaf pillars which included social transformation aimed at eradicating hunger and inequality, were in sync with the pillars in the government’s NDP5.

He said the UN had budgeted US$160 million over five years for the SDG programme with US$60 million already available and the rest to be mobilised from international financial institutions.

The summit was opened by the executive director of the National Planning Commission, Wilhencia /Uiras. Among those attending the SDDS were Neeraj Vij of the African Development Bank, Bekele Debele from the World Bank, Philipp Baumgartner, Namibia country director for the International Fund for Agricultural Development, Sen Pang, resident coordinator for UN Namibia and Percy Misika, executive director for agriculture.