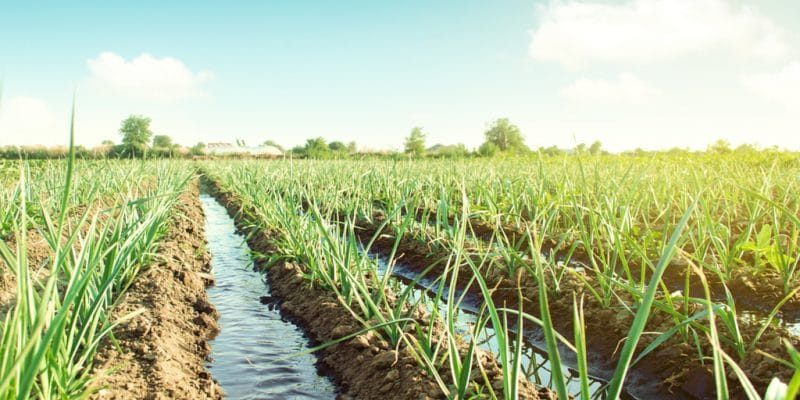 Farmers in Kilimani Galana Buttress, Isiolo County, Kenya, have a new water storage facility. The facility, which has a storage capacity of 103,000 m3, will supply irrigation systems in central Kenya.

The Kilimani Galana Buttress Dam is operational. The dam will provide water to farmers in Isiolo in central Kenya. In this part of the country, people’s food security is threatened by drought, an impact of climate change that also reduces the productivity of agricultural land.

The Kilimani Galana Buttress Dam built on the Lewa River has a storage capacity of 103,000 m3. The dam is equipped with 13 km of pipes that supply water to 461 farmers in Kilimani and Burat Ward. These farmers grow vegetables, maize, onions and watermelons along the water pipe. Some of the water pumped from the dam is stored in reservoirs to supply farmers in Shambani locality.

The central government funded the irrigation project with 145 million Kenyan shillings (about US$1.34 million). The work in Isiolo County is part of the Horn of Africa Drought Resilience and Sustainable Livelihoods Programme (DRSLP), funded by the African Development Bank (AfDB). In Kenya, the Ministry of Agriculture, Livestock and Fisheries (MALF) is leading the DRSLP. In this East African country, the programme has also enabled the construction of the Kilimani Game Galana irrigation scheme.

Moba cancels all 2020 exhibitions due to COVID-19