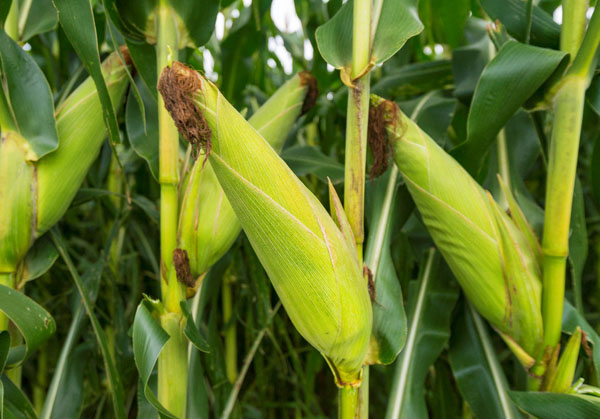 The three countries accounted for about 39 per cent of the continent’s total maize output in 2019.

However, while Nigeria is Africa’s second largest maize producer, the country’s export capacity for the agricultural product is abysmally low when compared to peers like South Africa, which account for nearly two-thirds of maize export in the continent, latest report by professional services company PricewaterhouseCoopers (PwC) Nigeria, has said.

The report entitled: Positioning Nigeria as Africa’s leader in maize production for African Continental Free Trade Area (AfCFTA) highlights the production levels and low export rates of maize in Nigeria, and suggests initiatives that will help maize farmers bridge the gap between regional competition and optimise the opportunities presented to them by AfCFTA.

The report, which was made available to The Nation, said the relatively low maize export in Nigeria was primarily due to several factors including poor maize yield and existence of an official ban on export.

“Maize yield in Nigeria stands at less than two tonnes per hectare (t/ha) relative to 4.9 t/ha and 4.2 t/ha in South Africa and Ethiopia respectively,” it said.

According to PwC, “This is due to continued usage of open pollinated variety (OPV) rather than improved hybrid seeds by the country’s maize farmers. As a result, production is low and could barely satisfy the huge maize demand estimated at 12 –15 MMT, thereby creating a maize supply gap of nearly four MMT per annum. The supply gap necessitated the promulgation of the export ban on maize.”

PwC stated that the maize production level in Nigeria, as well as the near zero export of the produce from the country, puts Nigeria in an unfavourable position to compete in the implementation of the Africa Continental Free Trade Area (AfCFTA).

To position Nigeria as Africa’s leader in maize production for AfCFTA, PwC said: “It was critical that the country adopts policies that would address challenges faced by maize farmers and put structures in place to explore and optimise the opportunities presented by AfCFTA.”

The report listed some of these initiatives to include review of tariff and non-tariff barriers on maize, promote the use of high-yield, disease-resistant maize seed varieties, support agricultural research and development, encourage aggregation and backward/forward integration, scale the power of commodity exchanges such as AFEX and NCX, strengthen value linkages for maize-based products, and promote agricultural mechanisation among others.

Also, maize accounts for 60 –65 per cent of poultry feeds constituents.

Meanwhile, 6.5 per cent of maize produced in Nigeria is used by brewing companies while 13 per cent is used for the manufacturing of industrial flours, corn flakes and other confectionaries. The share of household consumption of maize however, stands at between 10 and 15 per cent.

“Closing this gap requires concerted efforts by players across the value chain. At the core of this effort is the need to accelerate awareness and widespread use of improved, disease-resistant maize seed varieties that can resist striga and fall armyworm infestation, thereby boosting yields,” PwC said.

Citing the International Institute of Tropical Agriculture (IITA), PwC also said Nigeria could close her maize production versus demand gap by increasing the number of farmers that uses hybrid variety seed from 10 per cent to about 100 per cent.

“All things being equal, this singular act can double the country’s maize yield from the two tonnes/hectare to over four tonnes/hectare thereby causing annual production to increase to about 20 million metric tonnes,” the report by PwC added.