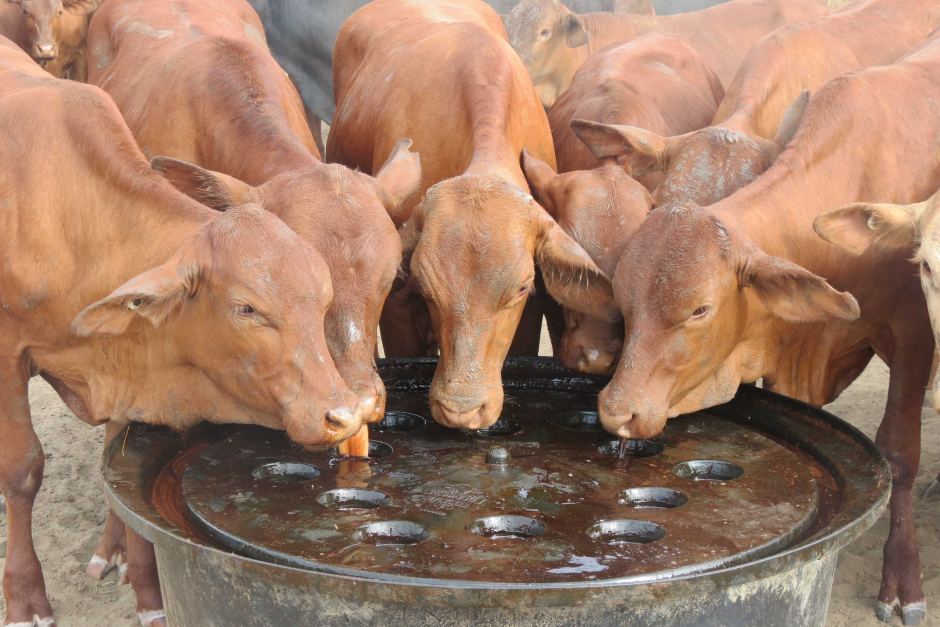 Livestock farmers have been trained in advanced technology of animal feed preparation in a bid to ensure their animals are well fed to attain the required weight.

This is an effort by scientists from Makerere University College of Agricultural and Environmental Sciences (CAES) and partners dealing in animal supplementary feed processing for animal fattening.

The scientists came up with the idea of training lead livestock farmers in the various districts for purposes of breeding high quality animals for beef.

The farmers are drawn from the districts within disease control zones of the cattle corridor which include Isingiro, Masindi, Kiruhura, Lyantonde, Mubende, Kibaale, Nakaseke, Kyankwanzi, Masindi, Kiryandongo and Nakasongola.

Sharing with participants on the status of the beef industry in the country, Dr Mukasa Mugerwa, a retired veterinary practitioner said that there are 14. 9 million livestock in the country which are not producing enough beef to meet the demand by the growing population.

“The idea is that we need to change the way we manage livestock from low input beef production to high output extensive grazing systems but more sedentary intensive feedlot system in order to increase productivity per animal from fewer number of animals,” says Dr Mugerwa.

About 40 livestock farm managers and farmers from 10 districts in the central and western cattle corridor have been trained in the production of urea molasses blocks. Urea molasses are multi-nutrient blocks which supplement animal feed to boost beef production.

The blocks are, therefore, a strategic feed supplement for ruminants as they provide a constant source of fermentable nitrogen and energy throughout the day to promote growth of the animals.

Mineral components such as manganese, magnesium, copper, potassium, selenium, Iron, calcium and vitamin B-6 become part of the ingredient.

Dr Nambi contends that urea, known to farmers as a fertiliser for crop production, is used to make the blocks. It is advisable that the amount of urea be limited to 10 per cent to avoid poisoning.  Urea is essential in improving digestibility and providing non-protein nitrogen.

Urea molasses blocks can be made on the farm. Production is simple and different processes exist according to the local conditions.

According to Dr Vincent Lutwama, the process starts from preparation of the ingredients and it must be well mixed and later moulded.

A standard weight can be adopted for each component which would correspond with the weight of the block desired. For example, if each block is to weigh five kilogrammes and at each mixing, 20 blocks are to be produced.

Once the ingredients are thoroughly mixed, place the mixture into moulds.  Any local container, such as a tin, can or small bucket can be used. Using a plastic sheet to line the moulds will make block removal from the mould easier.

Remove the blocks from the moulds after 24 hours and place on racks to dry. Leave the blocks to dry for at least 5-10 days depending on the weather conditions.

The blocks should be fed as licks so that only the top surface is accessible to the animals. They are fed to cattle; sheep and goats above six months. They should not be fed to calves, chickens, piglets and lambs.

The blocks should be introduced to animals gradually and should be fed after the animals have consumed adequate forage.

This prevents animals from consuming too much at any one time. The blocks are meant to be a supplement to a basal diet of forage.

Block hardness will affect the rate of intake. If is too soft, it is consumed too rapidly and there is a risk of toxicity.

If is too hard, intake may be too little. Urea at high levels is unpalatable. High levels of urea in the blocks may reduce intake of the block as well as that of the basic feed due to the bitter taste.

High levels or imbalances in minerals may result in excessive consumption in a short time also leading to urea poisoning. Precautions should be taken to avoid overconsumption in drought prone areas particularly towards the end of the dry season when feed is scarce.

Farmers are advised not to feed it to young ruminants less than six months of age.

The blocks should be used as a supplement and not as the basal ration and a reasonable amount of coarse forage in the rumen is essential.

Never give blocks to emaciated animals with an empty stomach. There is risk of poisoning due to excessive consumption.

When using molasses plus vegetable protein meal mixes, the final mix is used from the start. For the first week, if possible, feed every two days so that eating habits and intakes can be monitored. When feeding molasses and urea, always start with the final mix. Gradually building up the strength will allow stock to become accustomed to the bitter taste that will result in higher intakes of the final mix and therefore the increased possibility of deaths due to urea poisoning.