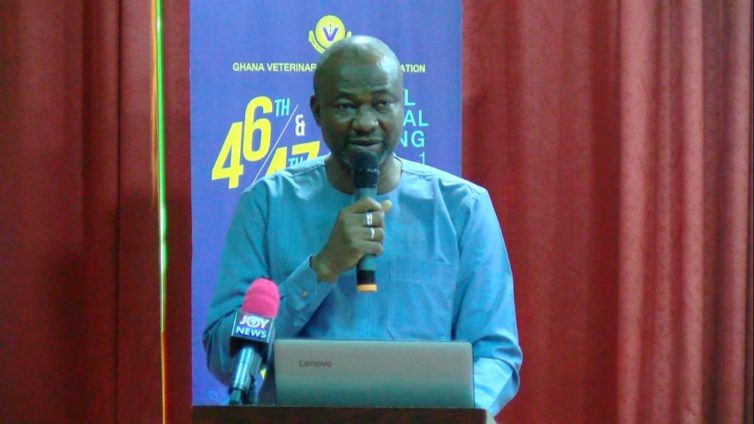 Cabinet has approved over 43 million Ghana cedis for the Food and Agriculture Ministry to be allocated to the Ghana Veterinary Medical Association (GVMA) to support their Service delivery.

This follows the recent outbreak of the Avian Flu Virus.

Deputy Minister for Food and Agriculture, Mohammed Hardi Tufeiru, disclosed this at the Association’s 46th and 47th Annual General Meeting and 23rd congress in Accra.

The Minister said among others, part of the money will be used to compensate farmers who lost their farms during the outbreak of the Avian Flu Virus.

“The amount that has been approved is ¢43 million by Parliament, the money is ready and the process to recruit the veterinary doctors is underway.

“The money will be used to compensate farmers who have lost their farms as a result of the outbreak of the bird flu as well as buy about 100,000 birds to support them, “the Deputy Minister stated.

Senior lecturer at the School of Veterinary Medicine, Richard Suu-Ire who represented the President of the Ghana Veterinary Service, said this is good news from the government, but they should not wait for situations like this to happen before they come to their aid. He said the Association should be given the necessary support when needed.

“It is good news, but we all know this is a process: it should not be so, as at the end of the speech I made a remark, it shouldn’t be so, we shouldn’t wait for this to happen before they move in. But all the same it is a very good news,” he said.

Cases of the Avian Flu disease which is also known as Bird Flu, were previously recorded in Ghana in 2007, 2015, 2016, and 2018. Earlier this year, it was detected in the Greater Accra Region, Volta Region and Central Region which affected 600,000 farm animals, where 6,000 birds died naturally and 4,500 were killed as part of surveillance and diseases-control management.

The outbreak of the disease follows the detection of similar cases in neighboring countries since January, 2021.

Agriculture not the preserve of aged, illiterates – MCE to youth