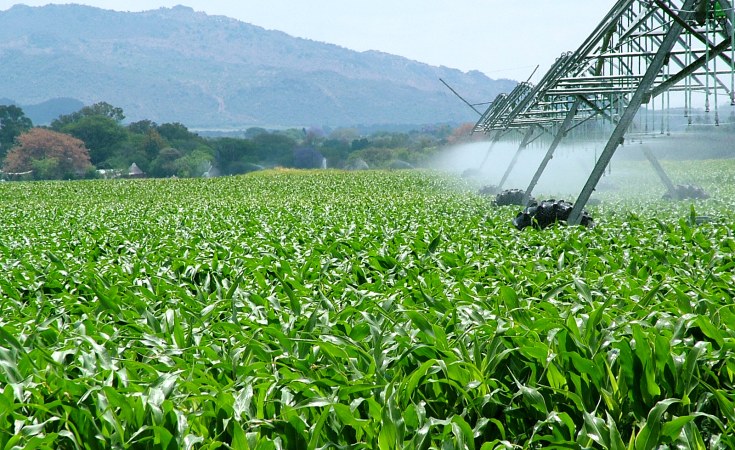 He said the resilience of the sector sprang from the vast impact the sector had on other parts of the economy, stating that raw material and food items produced remained relevant during the pandemic.

He said the production of cocoa, cashew and other cash crop product was not affected despite the lockdown and restrictions in the fight to contain Covid-19.

Speaking at a panel discussion organised by the Institute of Statistical Social and Economic Research (ISSER), University of Ghana, he said the Advent of Covid-19 had shown that the Agricultural sector needed to be taken seriously.

The discussion was on the theme: “Boosting Agricultural value Chain in the midst of Covid-19 and political party Manifestos”.

He said to boost the sector, there was the need for targeted investment into an efficient production system and infrastructure, promoting food security and industrialization, encouraging contiguous farmers to take advantage of mechanization and cost efficient methods.

Additionally, he said to drive the industry, maximize yields and preservation of products, new arrangements should be considered for agro-processing companies to keep products safe.

Director, ISSER, Professor Peter Quartey speaking on the manifestos presented by the New Patriotic Party and the National Democratic Congress on agriculture, said both documents were filled with promises and expected that a clearer means for funding those initiatives was captured.

He said the source of funding remained a challenge for farmers and that interest rates on loan facilities remained high.

Professor Irene S Egyir of the Department of Agriculture Economics and Agribusiness, University of Ghana, said there was the need for better incentives to make Agribusiness attractive to the youth.

“Even my students are not willing to go into Agriculture because the sector lacks good incentives,” she said.

She said farmers had to keep to manual farming because they could not afford mechanised systems and the use of modern technological software and gadgets in their production.

She said the reduction of interest rates on loans contracted by farmers would make their work much easier and boost productivity.

Lecturer at Bio-tech Centre, University of Ghana, Dr John S.Y. Eleblu said the used of improved seeds and technology was the way to boost production of farm produce.

He said the use of technology, improved infrastructure and research development would help reduce post-harvest losses of farm produce.

Senior Research Fellow at ISSER, Dr Fred Dzanku, said research should be related to policy and practice in developing the sector.

He said since the birth of the 4th republic, all party manifestos had captured the improvement of irrigation farms but farms under irrigation still remained two per cent nationwide.